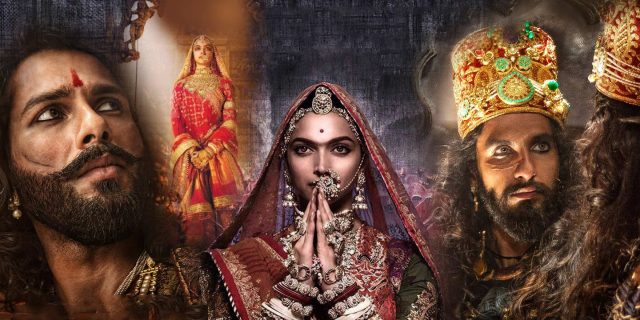 First, I am NOT a Rajput!
And even if I was I wouldn’t tell you…
My family history is just about as complicated, variegated and rich as the history of the sub-continent…and I feel happy about it!
So what does my family history have to do with #Padmaavat ?
Simply this…I loved Sanjay Leela Bhansali’s interpretation of the subject; it’s an unabashedly unapologetic paean to Rajput valour, bravery, courage and indomitable will never to yield in front of the worst circumstances!
This is OUR Three Musketeers…
No one calls The Three Musketeers and its countless movie interpretations as being “enforceably vaginal”…why?
Since that’s Hollywood…from Errol Flynn to Tyrone Power to Michael York to Leonardi Di Caprio…that does not make anyone feel like a “vagina”
But Bollywood’s Padmaavat does!
The Harakiri and Seppukku shown in The Last Samurai, Shogun, Harakiri, 47 Ronin, Throne of Blood, Seven Samurai…is applauded, lauded, praised…no one feels like a vagina?
Yet Jauhar is called EVIL ..as if Sanjay Leela Bhansali forced so many women to commit Jauhar!
Directors who have glorified violence like no one else have been feted, lauded and fawned over by the very same people supporting “vaginal Distress” today…
Directors like Quentin Tarantino, Oliver Stone, David Lynch, Alfred Hitchcock, Peter Bogdanovich, Kathryn Bigelow have been praised to the skies by this same Support Vagina Army at some point of time or other …
So if you are a White, Hollywood Director your vagina does not feel distressed?
It feels distressed only when an Indian director makes a film on a heroic chapter in Indian hagiography?
I don’t see the same set of people ever freaking out on movies like “300” on the heroic stand of Leonidas’ 300 Spartans or it’s sequel “Rise of an Empire”…that’s heroic, but depiction of Jauhar is EVIL!
I never saw any of these worthies screeching in agony at Biblical films like Quo Vadis (directed by William Wyler, producer Sim Zimbalist), The Sign of The Cross (Cecil B De Mille) and many more that showed Christians willing to be nailed to the cross alive and fed to the lions in the arena in Rome rather than renounce Christianity!
That’s beautiful and brave!
But Jauhar is evil !
As one worthy said “there’s life after rape and conversion to Islam”
So why didn’t the same people say “there’s life after renouncing Christianity and being a Roman Pagan to worship the Emperor as God?”
Yes?
So what does my family background have to do with all this…
I feel proud of what those women did on August 26, 1304 with or without Rani Padmini!
And I feel proud even if I do not claim to be a Rajput!
And from the HUGE response of most of India to Sanjay Leela Bhansali’s #Padmaavat I believe most of the rest of India feels the way I do…
And that’s in spite of the fact I am not a Rajput!