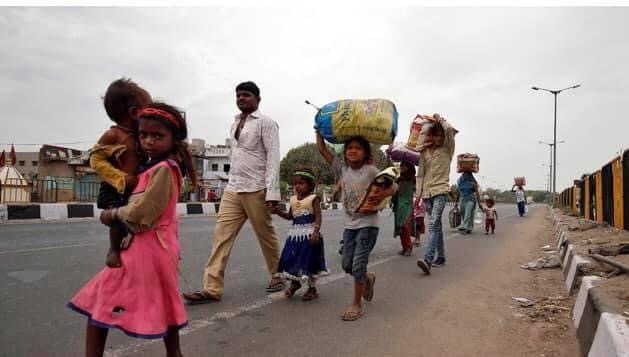 “argumentum ad hominem”
♦️Whenever anyone has nothing to say on the topic of discussion/argument you begin labelling a person! (As in for some people I become an RSS man; as if that’s argument enough against the callous attitude of Congress leaders themselves against Rahul Gandhi himself)
♦️And I become an anti-national, katua, Paki each time I praise the Congress’ commitment towards minorities
♦️Migrant workers are forced to trek back home on foot without food, water or shelter. No Opposition Party launches a nationwide campaign to put the Ruling BJP under pressure
♦️The Indian Railways are being privatised right under the very noses of all of us; yet all non-BJP parties have been forced into inaction by #Coronavirus and an all powerful media
♦️The economy is not just in a shambles but looks to be beyond recovery for at least 3-4 years and still no one takes up for the small businessman, shopkeeper, cottage industry
♦️India has never seen such unemployment since 1947 and all leading Opposition Parties are quiet; oh they do make that odd noise on social media and TV, but nothing on the street
♦️A boy is beaten to death in Jharkhand, forced to say Jai Shri Ram! The Congress of Indira Gandhi with Sanjay Gandhi-Akbar Dumpy Ahmed-Tariq Anwar-Kamal Nath would have brought the whole capital to a standstill
♦️Unemployment shoots the Moon; there’s not even a whimper from the landed Congress Leadership so full of lassitude
♦️PSUs are allegedly being sought to be closed or sold for a song; the Old Congress would have mobilised lakhs upon lakhs of Gandhi topi wearing workers with a Dandi-style march starting from the RCF coach factory at Rae Bareli
♦️And what did they do?
♦️Apart from Mrs Sonia Gandhi’s video messages?
♦️Apart from a well meaning Rahul Gandhi having “conversations” with leading economists and Industrialists
♦️Zilch! Zero! Nought! Nothing!
♦️FB and Twitter do not win elections
♦️Branding people like me Modi Bhakta and Khaki chaddi wala also don’t win elections
♦️Agitations on the street, being the voice of people on the road do, work among the poor like some Congressmen are still doing will!
♦️And I am deliberately not mentioning China; because that’s where the BJP has played the Congress without the Congress even realising it

Hanuman, King Of Ghosts and A 1000 Shri Rams by RKB

Sonia Gandhi: How much more should she sacrifice to be called INDIAN? by RKB