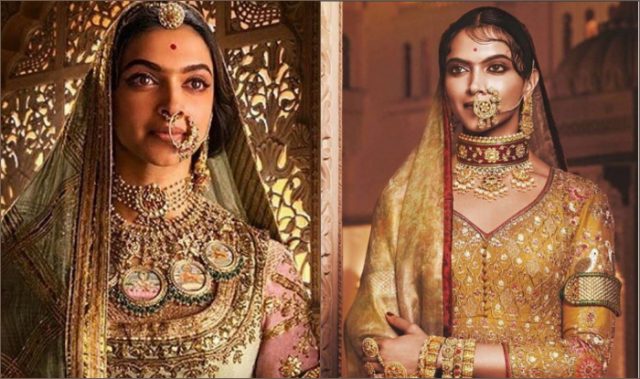 By RKB
What would Rani Padmini have said to the fact that an Indian woman (admittedly not of allegedly Royal Blood) is raped every 15 mins by her own countrymen; NOT BY INVADERS!
What would Rani Padmini say to female infanticide, domestic violence against women, marital rape, child molestation, paedophilia, child marriage, discrimination against women…by INDIANS; not INVADERS!
What would Rani Padmini say? Where children are gangraped? Children? What would Rani Padmini say?
We are talking of 1303-04 as if it was yesterday!
And we are judging the rulers of that time by today’s standards!
Did Allauddin Khalji build a mountain of heads of his enemies after every battle?
Yes he did!
Did he make it a point to hammer home his superiority after subduing a kingdom by the usual pillage, rape and destruction?
Yes he did
Did he sanction and have the Hauz Khas constructed so Delhi could have a continuous supply of water?
Yes he did
Did he defeat the Mongol Horde and force it back (for the first time ever) at Amroha and then again at Siri?
Yes he did
Did he promote low born, but efficient officers to posts that had been reserved till then for the aristocracy?
Yes he did
Did Allauddin Khalji force his Rajput allies to start giving honest tribute to the Crown at Delhi which made him an object of hate?
Yes he did
Did he have his uncle murdered so he could grab the crown?
Yes he did
Did Khalji introduce a rational system of taxation based on strict measurement of the size of the fields and the amount of produce?
Yes he did
So to use terms like fanatic, Ghazwa-e-whatever and so on for Khalji or any other Ruler is like saying Ashoka was a psychopath for killing more than a 100 of his brothers!
Ajatashatru was depraved for murdering his own father finger by finger, body part by body part
Chandragupta was a Fascist for slitting his own father’s throat
Raja Deopal was a traitor for killing Maharawal Rattan Sen, allegedly the husband of Queen Padmini!
Raja Man Singh was anti-Indian for leading Akbar’s Armies
Raja Jai Singh was a betrayer for making war on Shivaji for Aurangzeb
Yes?????
Allauddin Khalji, like all other Kings, was a man of his time!
It’s like saying why didn’t Prithviraj Chauhan use Su-32 s against Mahmud of Ghor? Did air power exist at that time?
Similarly so-called standards of alleged human rights violations etc were different then…
And by the way do read about how many of OUR dear Hindu Rajput Kings made war on each other, destroyed Hindu cities, looted each other’s temples and so on?
To judge a 14th century Ruler by today’s standards is like saying why didn’t my grandfather use a mobile phone?
That’s because it hadn’t been invented till then…!
And while we are at it can you also enlighten me on the condition of Dalits and other “lower castes” in these allegedly Utopian Rajput kingdoms?
Forget then, even now Rajasthan leads in crimes against SC/ST!
Just the other day an SC man was murdered by Rajput men and women for affectionately daring to call his daughter “Bai Sa” a term reserved only for Rajput women?
What do the morons protesting against a CINEFIED account of an already mythified poem have to say about this?
Ghazwa-e-Insaniyat?
And love the way all of you lot start hitting on all Muslim rulers for the way they allegedly treated Hindu women ( fact was if you lost a battle you were up for grabs…yourself, family, everything)…
India is the rape capital of the world…and Rajasthan one of its leading lights!
Which Allauddin Khalji is raping an Indian woman every 15 minutes today?
We are not hurt by a rape every 15 minutes of an Indian woman but will protest about fantasised account of a mythical Queen that no one has been able to prove existed!
They have not been able even to prove that her mirror existed (even the Belgians hadn’t invented anodised or silvered mirrors in 1303)
So rape of women today is OK
But a film on Rani Padmini boils the blood!
What a fall my countrymen…
What a bloody fall…

What would Rani Padmini say?
Please?

Time To Repair Kashmir Temples Damaged By Extremists by RKB