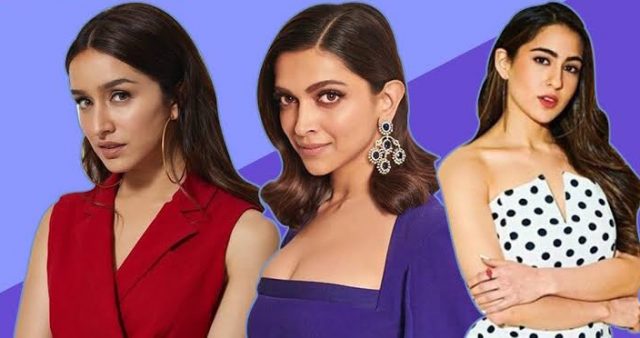 🌺The tukde tukde Gang has been replaced by the Nashedi-Ganjedi Gang
🌺And it’s nicer looking, glamorous, full of sex, lies, drugs and Bollywood
🌺They take drugs!
🌺Drugs by God!
🌺Drugs as in paracetamol?
🌺Nope..hashish, marijuana, MD ( not the medical degree) MDMA, heroin, cocaine..
🌺Eric Clapton notwithstanding I thought snorting, smoking and swivelling were passe
🌺Even Ginsberg would turn up his nose full of white powder to drone out poetry only he understood and his faithful listened to
🌺So where are we now?
🌺Deepika Padukone, that tall ethereal beauty of a girl from Heaven that all the guys from UP and Bihar wanted to marry but couldn’t
🌺You know Goswami, Chaurasiya, Chaudhary did everything possible to get at least one girl to date them when they were growing up and failed..
🌺One day the world would suffer for this…
And how!
“One pill makes you larger, and one pill makes you small
And the ones that mother gives you, don’t do anything at all”
🌺Rhea Chakraborty, Shraddha Kapoor, Rakulpreet Singh, Sara Ali Khan, Alia Bhatt…all actresses, all beautiful women
🌺They look like all the girls who turned up their noses at three ugly men
🌺And Hell hath no fury like a news anchor scorned!
“Go ask Alice, when she’s ten feet tall
And if you go chasing rabbits, and you know you’re going to fall
Tell ’em a hookah-smoking caterpillar has given you the call”
🌺Deepika went to JNU full of hookah smoking caterpillars
🌺That thing, that place, that nest of evildo’ers with the name of THAT NEHRU
🌺She went there, she did
🌺So she’s a druggie, junkie, leftist flunkie
🌺Eenie meenie mynie moe
🌺Catch Deepika by her toe
🌺If she weeps let her…HANG!
“Go ask Alice, I think she’ll know
When logic and proportion have fallen sloppy dead
And the White Knight is talking backwards
And the Red Queen’s off with her head
Remember what the Dormouse said
Feed your head, feed your head”
🌺How dare this girl, daughter of our own All England Badminton Champion Prakash Padukone succeed beyond everyone’s wildest imagination?
🌺How dare she look so happy and beautiful?
🌺How dare she have such a string of SUPERHITS in Bollywood?
🌺String her up
🌺Hunt her down
🌺And then hang her again
🌺And if she screams stone her to death
🌺We have to get rid of drugs and druggies from Bollywood
🌺Off! Off with her head
🌺Such a pretty head too…
🌺Sweep ‘em all with the same broom
🌺It’s all about ‘em funny mushrooms
🌺Go ask Alice…
🌺And you will see a Goswami…ouch…White Rabbit
🌺Meanwhile #SushantSinghRajput is dead and almost forgotten
🌺And #RheaChakraborty is out of jail and on the way to being forgotten