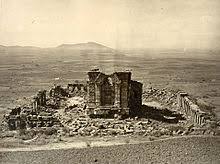 🔴WILL #NARENDRAMODI please REPAIR 208 KASHMIR TEMPLES DAMAGED BY TERRORISTS🔴
♦️I don’t remember all those SHRIEKING IN AGONY over temporary revocation of Art 370 (and I can tell you it’s temporary) ever mentioning the vandalisation and destruction of 208 Hindu Temples by Our Friendly Neighbourhood Terrorists!
♦️In 2012, the then J&K government, in a written reply to the state assembly in response to a question by a BJP MLA had stated that
🔴 Of the 438 temples in the Valley, 208 had been damaged over the years 🔴
♦️This was due to acts of vandalism at the behest of the militants.
According to the government:
♦️57 temples were damaged in Srinagar,
♦️followed by south Kashmir’s Anantnag district where 56 temples suffered damage
♦️However, the government had clarified that there was no illegal encroachment of temple land in the valley.
The government stated,
♦️A total of 63 hectares of land were under the 436 temples in the valley. There was no case of encroachment on these lands so far.♦️
♦️The J&K Kashmiri Pandit Council says “More than 558 have been damaged”
♦️But let’s go with the official figure!
♦️Is 208 a small number?
♦️When did you last read #ManiShankarAiyar, #BarkhaDutt, #RahulGandhi, #Chidambaram, #OmarAbdullah, #MehboobaMufti, #FarooqAbdullah et all mention this even in passing?
♦️Please correct me if I am wrong!