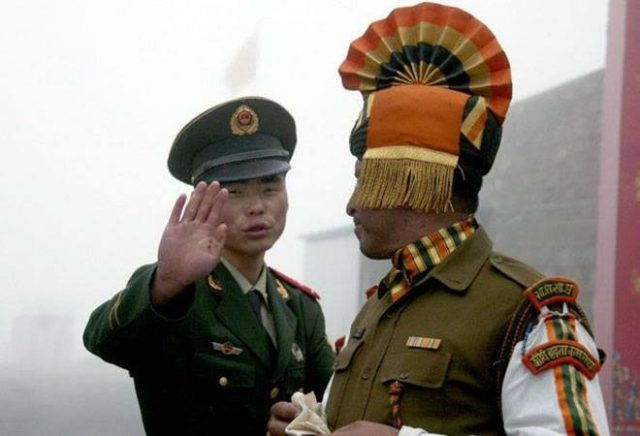 ♦️Whatever alleged de-escalation happens now between India and China it is just postponing the inevitable conflict
♦️India will have to push China out by force of arms
♦️Rest is just smoke and mirrors
♦️Depends on when the Armed Forces are ready
♦️And when OUR Govt develops an iron will
♦️The nation is ready; the Modi Govt should decide when they want to retake Aksai Chin and start the process of liberation of Tibet
♦️And yes Modi May Have Succeeded In Retiring Xi Jinping
♦️Is there a coup brewing in China?
♦️We are getting very real information that the Chinese Communist Party is very disturbed at the manner in which President Xi Jinping has effectively tried to destroy every relationship in the neighbourhood!
♦️China could well be looking at a catastrophe!
♦️Just a matter of a few months, and the lifelong President Of China could well be looking at lifelong retirement!
♦️Xi Jinping went up against Narendra Modi
♦️Modi stood his ground!
♦️So far Prime Minister #NarendraModi has handled the LAC situation in Ladakh in the best possible manner so far
♦️Without getting provoked into taking any precipitate action that could lead to a shooting war on two fronts
♦️I hope this patient/restrained view prevails
♦️We cannot afford a shooting war before we are ready for it
♦️However if it comes to a shooting war with China or China/Pakistan the whole nation stands behind our Armed Forces ready for all sacrifices
♦️Let there be no doubt in the mind of the pampered one child family cretins of the #PLA that India will not back down
♦️And this time we should not stop till we have reached Lhasa to liberate Tibet and have taken over Gilgit-Baltistan after PoK!
♦️And those saying new roads & infrastructure on the Chinese side of the LAC have led to “loss of territory” should tell us why they stayed silent when these military bases & infrastructure were being built just as close to the LAC in occupied territory between 2004 & 2014?
(Additional Note : All those taunting Modi again and again over alleged “inaction” on China, would do well to remember there are soldiers out there who could lose their lives)