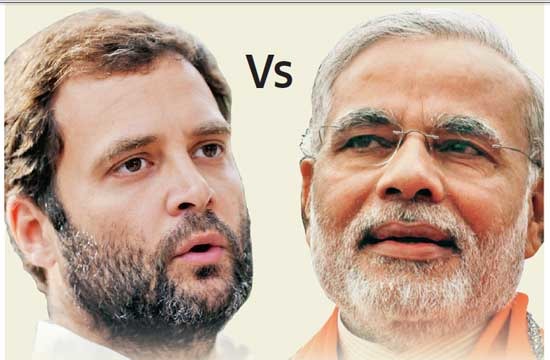 The Stars Favour Rahul Gandhi,
But Narendra Modi is the Mountain…!!!

Astrologically and logically speaking Shri Rahul Gandhi’s Congress will perform very well in Gujarat !
Will they win Gujarat?
Nope! Congress is unlikely to win Gujarat! And BJP’s victory may look like a defeat
This is because Rahul Gandhi is finally starting to look like, talk like and act like the leader he was meant to be..
The only problem for him is he has a Mountain to climb; in the shape of Narendra Modi
It’s like after independence till his demise in 1964 Pandit Nehru was the Mountain that all the stalwarts from the Opposition and within the Congress could not move, budge or dent!
So is the case with Rahul Gandhi and Narendra Modi !
Rahul Gandhi will earn everyone’s respect!
Rahul Gandhi will strengthen the Congress!
Rahul Gandhi will also ensure a few victories for the Congress
But Narendra Modi’s BJP is the Mountain that will not Move!
For now…
Of course Saturn having moved out of Scorpio and in Sagittarius will mete out justice like the famed bowman/archer in a manner that will leave a lot of people gasping for breath…but that will be in 2018 when the brooding, dark and fearsome planet will be at its full strength!
Meanwhile Rahul Gandhi grows up!
Narendra Modi remains the Mountain!
India gains and grows by leaps and bounds!
Remember you read it here first!