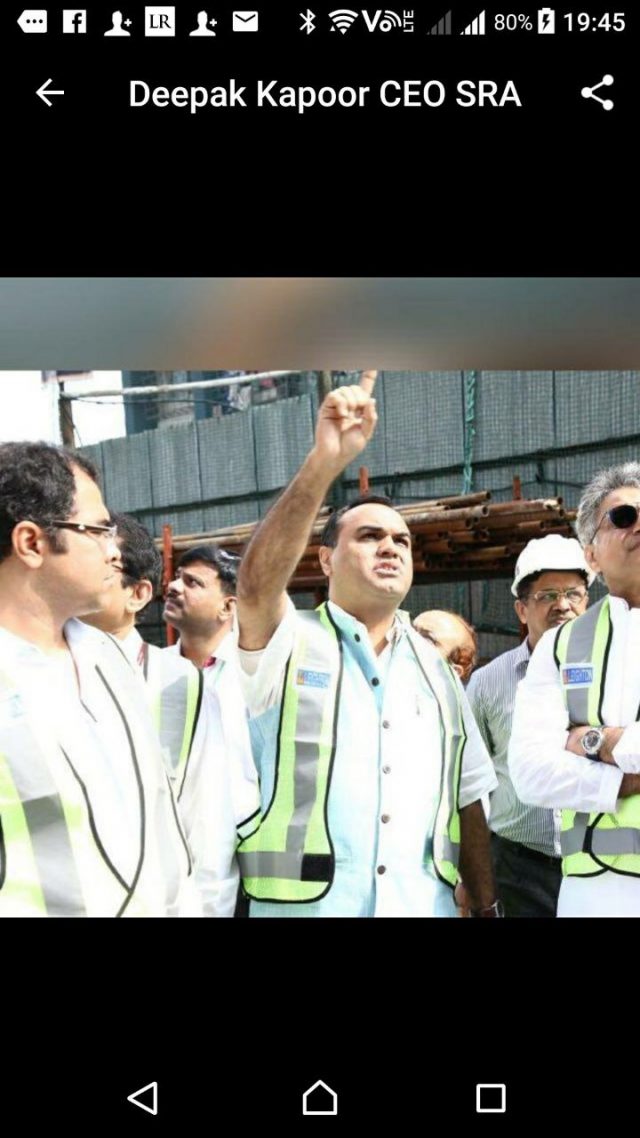 Mumbai:Today the SRA team under instructions of SRA CEO- Deepak Kapoor raided Blue Moon SRA project Kalina. Complaint of 19 PAP, BALWADI and Sports Activity centre sold illegally by the Builder was made by ICGS- Investor and Consumer Guidance Society and Kalina welfare Association. On spot checking was conducted and report was prepared for further action by the specially constituted SRA team.

A/E-SRA, Uday Marathe informed that the builder -Mudassar Builder’s and Developers has been given stop work notice for the construction of sale component. The Builder was also given notice earlier to hand over the 19 PAP rehab components, which he has till date not handed over. Therefore the SRA team raided the SRA site.

Anil Upadhyay- President of “Kalina welfare association” informed that a complaint was made to SRA CEO Mr Deepak Kapoor , who had promised immediate action. He further informed that there are a lot of SRA projects where the PAP and Rehab components have been illegally sold and information will be handed over to the CEO- SRA. In this illegal sale the Builder netted around 10 crores illegally.

Mr Bhupendra Singh-Pappu, Secretary of ICGS- Investor and Consumer Guidance Society informed that the Secretary-SRA Mr Sandeep Deshmukh had been served a notice of Morcha to the SRA office which was to be held on 29/12/17. Now that the SRA has taken swift action, the morcha will be deferred. Still Criminal proceedings has to initiated against the Builders- M/s Mudassar builders and Developers.

When Emperor Akbar Ordered The Mahabharata To Be Translated Into Persian (to be cursed...