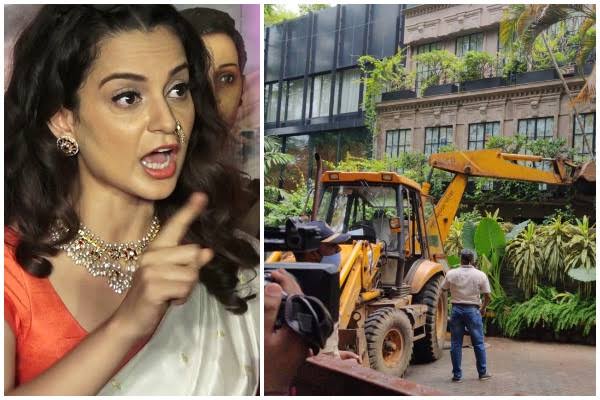 🥀And so back to #KanganaRanaut..
🥀Ouch! What I meant was back to #SushantSinghRajputCase and #RheaChakraborty
🥀But just look at the deft manner in which #JusticeForSushantSingh has been shoved aside by #TeamKanganaRanaut
🥀As was expected all the juices from the Sushant Singh Story having been sucked out so the real players can make their move
🥀The idea, it appears, wasn’t Justice for the Boy From Bihar in the first place
🥀It was to climb over his corpse to dominate headlines themselves
🥀We are the NEWS by God and everyone who disagrees is a murderer, murderess, drug addict, drug pusher, enemy of the State
🥀Even Sushant Singh’s family finds no place here!
🥀His grieving sisters, his traumatised father
🌹All bit players serving to help the the puppeteers take Centre Stage to be told to Exit Left!
“🥀It’s a tale told by an idiot
Full of sound and fury
Signifying “NOT NOTHING”…EVERYTHING”
🥀When was the last time you saw Mr K K Singh, not even fully at grips with himself far less the loss of the Apple of his eye?
🥀When was the last time you saw Priyanka, Meetu, Neetu?
🥀In the battle for the Lowest Common Decimator the victims usually end up as collateral damage
🥀For two days it’s been Kangana Ranaut
🥀As was to be expected she talks, emotes, provokes, instigates and does it all in the way she does!
🥀She did it all, and she did it HER WAY!
🥀In front of her the Shiv Sena
🥀For those who think the Shiv Sena is losing in this, you don’t know the Sena
🥀The Shiv Sena thrives on this
🥀The Sena cadre needed something that shocks everyone else
🥀The demolition of a perfectly good structure (a bit too ostentatious for my taste, but all the same)
🥀That’s the lifeblood of the Shiv Sena from its inception
🥀You abuse our leader, our city, our State we demolish something (anything) of yours
🥀In the Battle between Pepsi and Coke both increase their market share!
🥀The BJP on the one hand and whatever is left of the Congress on the other have to be very careful
🥀They are political parties in the traditional mould
🥀And could lose out bigtime
🥀One set of screeching channels, Kangana Ranaut, Shiv Sena are the only winners here
🥀And yes the NCP; Mr Sharad Pawar just consolidated his position as elder statesman of Indian politics making the NCP stronger!
🥀Watch out Congress
🥀Come the next elections in Maharashtra NCP-Shiv Sena versus BJP will ensure the buffer state (oops Party) withers away!
🥀And in the Bihar polls there’s a boy who had to leave Patna to succeed in Mumbai whose incantatory charm will be used as a rallying cry for votes in the bank!
🥀While his Papa cries!