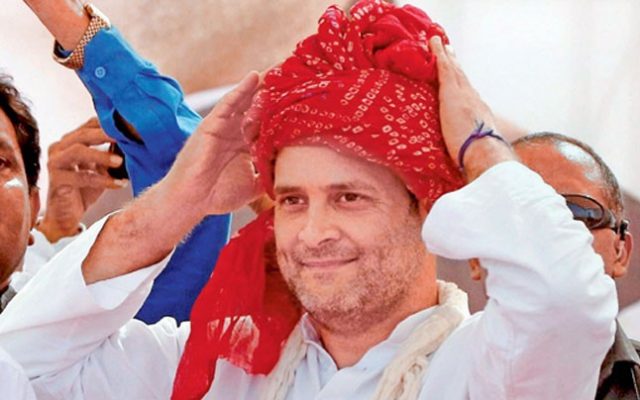 This may sound strange but Rahul Gandhi’s greatest allies/assets are in the form of the Karni Sena, Kshatriya Sena, Hindu Maha Sabha and other such saffron outfits
The more they are allowed to go out of control with BJP members adding their own 2-bits, the more Rahul Gandhi comes across as a decent man, like a politician in the mould of Nehru and Vajpayee!
Problem with the new BJP is they want to bury Atal Behari Vajpayee too, along with Nehru!
And each time BJP chaps react violent to Rahul Gandhi, crack Pappu Jokes…”Pappu seems to grow in stature!”
The BJP has so far been able to encash the stink of the scams that stuck to the Congress!
But it’s four years now; and NOT A SINGLE ARREST!
NOT ONE!
Instead we now have Amit Shah’s son, Dr Raman Singh’s son and wife, Shivraj Singh Chauhan’s Vyapam, Rafale fighter deal, GSPCL deal…this added to Demonetisation and GST makes for a heady cocktail of accusations against the BJP and provides ammunition to Rahul Gandhi!
Will Rahul Gandhi succeed in toppling Narendra Modi?
Now there lies the rub!
Narendra Modi remains the MOUNTAIN no one can move!
BJP without Modi is not even worth the TWO LS SEATS of 1984
So how does Rahul Gandhi trip Narendra Modi?
Well, he can’t !
Not yet. Not in 2019 either…unless something major happens and the RSS makes Modi’s life really difficult!
But if anyone needs to be thanked for Rahul Gandhi’s rise, it is the BJP !