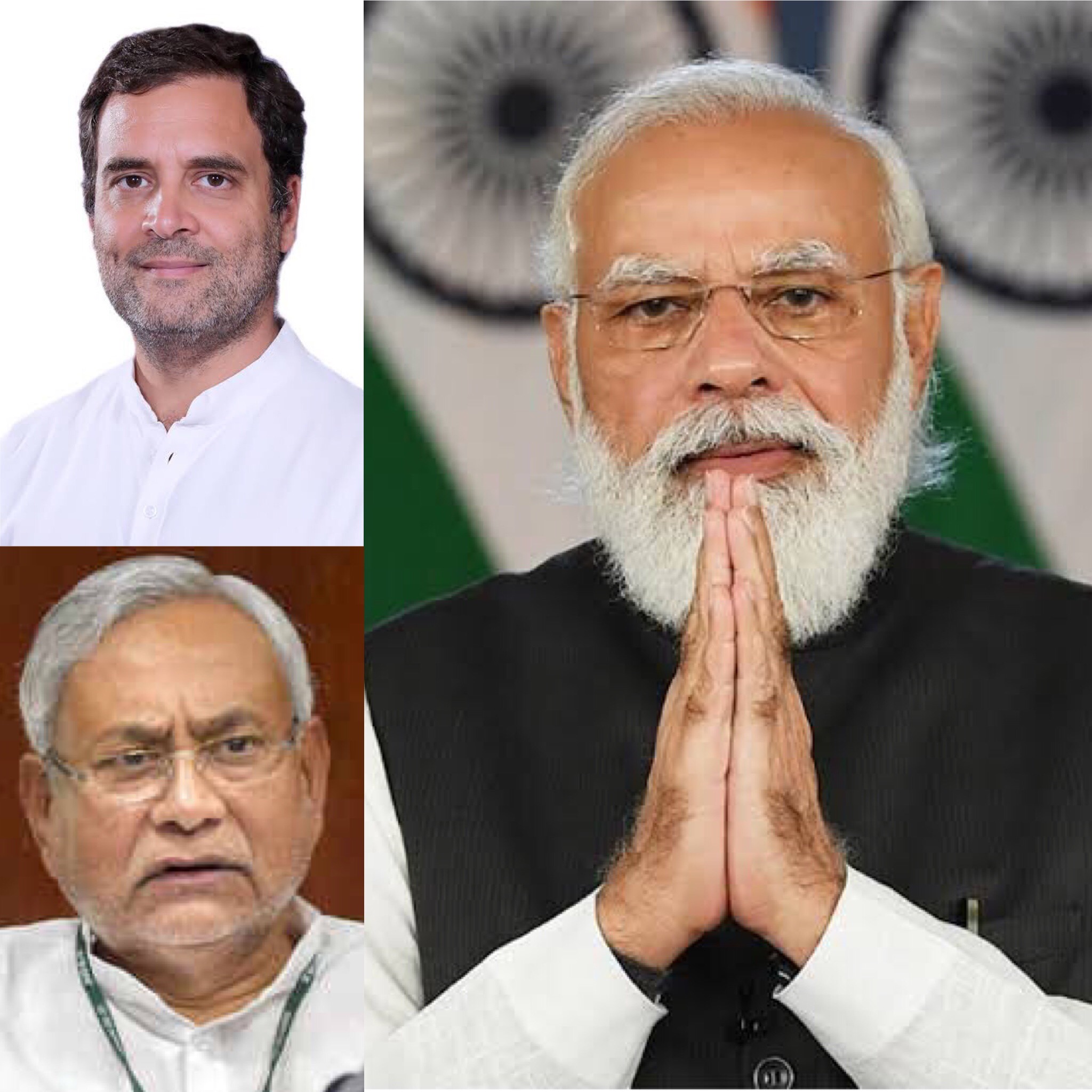 Non-BJP parties have a very easy way out; read and understand Mahatma Gandhi and you have your strategy for a comeback; don’t do it and you will remain also rans
Ever since Nitish Kumar and Tejasvi Yadav managed that coup in Bihar (helped no doubt by a few BJP insiders) the Sushaasan Babu is back as a potential contender for the PM’s post to challenge Narendra Modi
Frankly that’s not just ridiculous it’s a Kapil Sharma joke on one of Kapil’s Bad Hair Days!
The Bharatiya Janata Party was caught napping in Bihar
And if I know the BJP it’s a wake up call for them
Watch them go into overdrive to undermine the new dispensation in Bihar; but that’s for a different time and date
Right now let’s look at potential challengers from non-BJP parties for Narendra Modi
There’s Nitish Kumar certainly and there are Mamata Banerjee, Rahul Gandhi, YSR, Stalin
With a potential 40-42% projected vote share for the BJP led NDA in 2023 the only party that can come even close to challenging the BJP is the Congress led UPA with a possible 28%
The rest are like kites in the wind
The trick is for the Congress to increase this 28% to over 38% and convert it to 275 seats in the Lok Sabha!
Will it happen?
Not right now; and the way the Congress is going about its business NEVER
So who is Narendra Modi’s greatest challenger
The answer is simple it is Narendra Modi himself!
Can Rahul Gandhi challenge Narendra Modi?
Truthfully Brand Rahul Gandhi has suffered too many dents to be made attractive again…you know all the King’s Men and all the King’s Horses could not make Humpty Dumpty whole Again..:
But unlike fat eggs Rahul Gandhi is a political leader with a great pedigree
He could be made whole again if he sticks to the Old Congress Playbook; Mahatma Gandhi, Village as a unit of development, self sufficiency, ahimsa, Swaraj!
Swaraj?
Yes Swaraj for every tiny village in the country where each villager is self sufficient economically, as good as anyone else educationally and as well networked as his/her Metropolis counterpart technologically
Empower the village
And the Village will Vote You Back to power!
Get out of your comfort zone of iPad induced euphoria in your imported SUV
Like Gandhi ji go to the village
Dress like Indians do
Learn to listen to and speak the language of India’s villages
And the Congress will be back!
You may not be back in 2024
But 2029 is not too far away
Remember what Gandhi ji did
Returned from South Africa, gave up his Saville Row suits and toured the country like an Indian wearing nothing but a homespun dhoti made from cloth he had weaver himself
I can’t expect Rahul Gandhi to do that (actually why ever not?) by you could forget about Delhi for a while and your the hinterland, understand the real India…if you are willing to listen the Real India will speak to you
Like the Real India speaks to Modi!
Don’t do it and you will preside over the demise of a 137 year old political organisation!