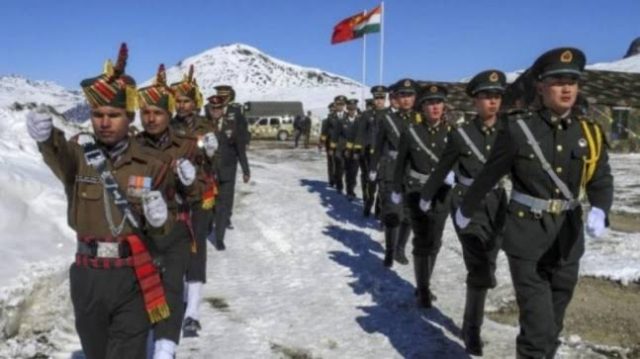 And I know I sound like a broken record, but war with China is as inevitable as Day follows Night!
We can hold 10 high level diplomatic talks or a 100 at Corps Commanders level
In the end we shall have to push the Chinese out of Aksai Chin. Pangong Tso, Galwan Valley, Shyok River by force of arms
Everything else is not just smoke and mirrors it is actually delusional
Delusional because the Chinese always move 5 steps forward and 3 steps back thereby gaining 2 steps
Time to wring the Chinese neck is now, before the winter sets in
The integrated war plan against the Chinese utilising all our resources finalised just after the Doklam stand-off should serve as a great template for land, sea, air, electronic and space warfare
A war that could last minimum 7 to 15 days maximum should see the Indian Army establish itself in a position of strategic strength in Aksai Chin and the rest of Ladakh
A pincer movement towards Lhasa will force a Chinese response that will not only be blunted but I know from the comparison of forces will be met with such brute force that the pretty boys of the PLA will not stop running till they reach Beijing
The Indian Army, Air Force and Navy are ready
The whole nation is ready
To fight to the last bullet, last bayonet, last kirpan, last man and woman
Is our Govt ready?
That is the 5 Trillion Dollar question!