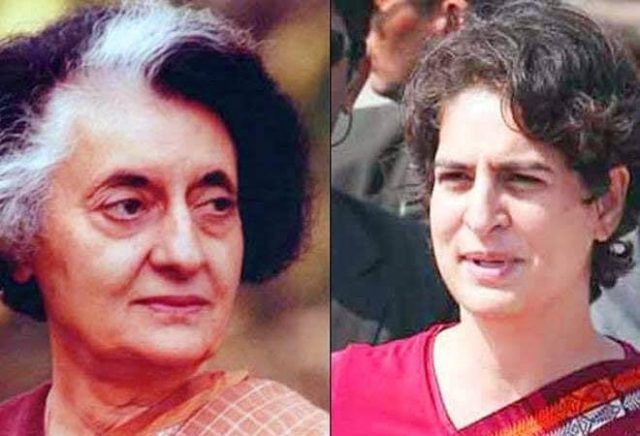 ♦️So what does Congress need to do now?
♦️Give #PriyankaGandhiVadra a free run
♦️She looks like Mrs Indira Gandhi, and is working like her!
♦️Resurrect mohalla committees
♦️Let them begin to work with ordinary people again the way the used to in the 50s, 60s, 70s and early 80s
♦️Let people know on social media that in case they have a problem they can come to the Congress Mohalla Committee office
♦️It will be hard, back breaking work
♦️It will require dedication, discipline and hard work of an order not seen in the Congress since 1983.
♦️Get rid of all the flotsam and jetsam that you have collected for 36 years
♦️Get workers; not leaders
♦️Plan for 2029!
♦️2024 is GONE!
♦️And I am saying so here…
♦️It’s going to take you at least 5 to 8 years before the Old Congress is reborn!
♦️Right now the Old Ways will be the Best for the Congress
♦️GET SMARTER! (In Amethi 26 INDEPENDENTS (and parties) polled over 60,000+ votes 5000 higher than the winning margin of Smriti Z Irani; all supported by BJP)
♦️Jyotiraditya Scindia would have made a good Madhya Pradesh Congress President, and Kamal Nath would still be MP CM!
♦️Will they do it?
♦️I don’t think so…
♦️So why am I saying this?
♦️That’s because I would like to see the Congress reborn with renewed vigour and energy!
♦️India needs a good, strong Opposition too!
♦️And if they don’t; well they don’t

♦️The rot started staring everyone in the face (except the Core Congress Leadership) when the Congress lost Uttar Pradesh and Bihar after 1989
UP was the backbone of Congress’ political clout and that was decimated from within when P V Narasimha Rao became PM (it was clear to all of us he did not want Mrs Sonia Gandhi to inherit THAT huge political base)
♦️Congress May return to power in Bihar as Junior Partner this time (just like in Maharashtra…which used to swear by the Congress) but till the Grand Old Party revives it’s cadres in UP I don’t see a Congress revival!
UP is the key!
♦️And for that Congress will have to go back to basics as in the ordinary Congress worker will need the respect he/she deserves from the leadership
♦️Mrs. Priyanka Gandhi Vadra gives me genuine HOPE!