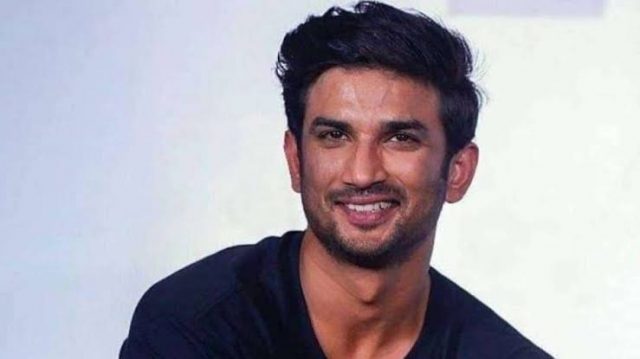 ♦️And while on #SushantSinghRajput Bollywood is the toughest place in the world
♦️No one gives anything to anyone out of the goodness of their heart
♦️And to blame #KaranJohar #SalmanKhan #ShahrukhKhan #AliaBhatt for being successful, brilliant. sought after and being what they are is the dumbest thing in the world
♦️Incidentally I know none of them!
♦️(You could say I am acquainted with Alia Bhatt just a little bit because one time when her father #MaheshBhatt was finding it difficult to get out of the car and carry her at the same time, I have carried her as a little tyke to the gates of Jamnabai School till Bhatt Saheb had extricated himself; I was President of IndusInd Media; having just moved on as Editor Of The Daily and THE RKB SHOW had just started )
♦️And for all the people blaming everyone and anyone for what happened to Sushant Singh Rajput because all these glitter, glam and glitzy folks ignored him…it’s THEIR BLOODY CHOICE!
♦️And I know a lot of people will find this unpalatable but if you can’t take the crap, well then GET OUT OF THE CRAPPY BUSINESS!
♦️They say there’s a mafia operating in Bollywood
♦️Name one place where there is no mafia and I shall show you a Housing Society on Mars!
(And soon there will be a mafia operating there too just like in all Housing Societies)
♦️Just a case in point J K Rowling (author of The Harry Potter books) was REJECTED 43 times by 12 publishers before she and Harry became worldwide household names!
♦️She could have also said “no one loves me”
♦️She didn’t
♦️The thing to remember is you have to LOVE YOURSELF FIRST!
♦️Everyone else and everything else comes later!
♦️And how many people do you want who should love you anyway?
♦️A monumental ego, a thin skin and the need to be the centre of attention is a recipe for disaster in Bollywood
♦️Today there is a demand for a CBI investigation into Sushant Singh Rajput’s untimely and tragic demise
♦️There are vultures who never reached out to him when he was alive and needed them, but are screeching the loudest
♦️It’s not just disgusting, it is nauseating to watch them pick off the remains of a young man who couldn’t take it
♦️Now THAT’s BOLLYWOOD!
♦️Just a piece of UNSOLICITED ADVICE…whenever you are feeling down, do SEVA…as in help someone, anyone; feed the hungry, make people smile with joy and happiness
♦️And see how your own life is filled with the ecstasy of just being alive
♦️Lose yourself in the LOVE of the UNIVERSE
♦️You will never need anything else ever
( #BabaGuruRKB )

Coastal Road; Destroying Mumbai One Beach At A Time By RKB