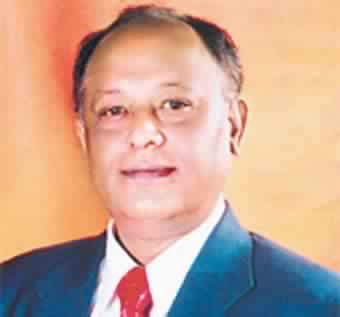 Munir Khan Needs To Be Honoured
By RKB

Munir Khan is a friend of mine!
No, I have never tried his one medicine for all ailments!
Thankfully I have never fallen ill…so far!
However I have seen other people take his tonic and swear by it!
Seven years ago I had asked people who had taken his medicine to relate their experience with the same; more than 99% said they had benefited!
In fact I remember at least three cases where the patients had been written off by the hospitals concerned who had told friends and relatives not to make things too painful for them…and miraculously (I use the word carefully) all three recovered.
I interviewed all three.
I saw their medical papers, diagnosis, hospital reports and eventual discharge!
There was no explanation for their recovery!
Only that as a measure of the last resort (since they were going to die anyway) they had taken that tonic!
All, but all ( not just these three but others too in their thousands) swore it was Munir Khan’s tonic that cured them!
And then suddenly the police swooped on Khan!
They accused him of everything from fraud to conspiracy to whatever else you could think of!
Eight years later NOT ONE CHARGE could be proven
Eight years later no Court has found Munir Khan even remotely guilty
On the contrary all those who accused him, persecuted him and hounded him are now under investigation!
My point is this; here’s a man who says buy this bottle of tonic ( consisting of honey etc) and if in two teaspoonfuls you don’t get better, return the bottle and take your money back on the spot!
I have never heard any hospital anywhere in the country give that kind of guarantee!
It boggles the mind!
A hospital in Gurugram charges ₹15 lakhs, the patient of dengue (a little girl) dies and NO ONE IS ARRESTED or charged with FRAUD etc
And here Munir Khan says “if my tonic does not make you better in two doses, please return it and take your money back” And he is charged with every section under the IPC !
Maybe we need a close, hard look at the way we are running our systems…
If even A SINGLE patient feels he has been cured by Khan, that ought to have been enough!
But here there are thousands (some say lakhs) who swear by Munir Khan and say they have been cured by him (of everything under the Sun; even the most terminal diseases)
So why was he hounded for 7 to 8 years?
Now that’s the subject of another blog!