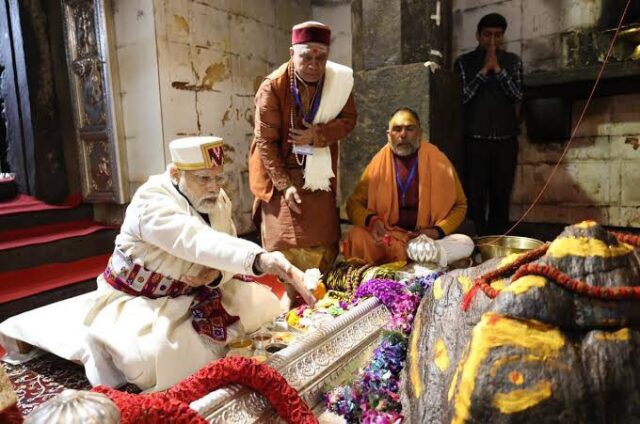 No Alternate Congress Model
No one knows; not even the Congress
Rahul Gandhi is on a Bharat Jodo Yatra (Unite India Journey) but is afraid to speak for Muslims and Christians for fear he might alienate his Hindu vote
Modi on the other hand worships at Hindu temples with an unabashed passion that’s admirable

Congress Abandons Gandhiji
The irony is the Congress has a readymade playbook; Mahatma Gandhi’s “My Experiments With Truth”..:but as in everything else the Congress has forgotten Gandhi ji
Here again Narendra Modi has just taken over the Gandhi legacy as his own…the Swachhta Abhiyaan (Cleanliness Drive) stems from Gandhi ji’s own “sanitation, cleanliness and health is far more important than Independence”

BJP Grabs Gandhi & Patel
Modi’s Cleanliness Drive features Gandhi ji’s iconic spectacles as its symbol; and his highly successful a toilet in every house has Gandhi for inspiration
Sadly the Congress ridiculed the very thing that could have resurrected their political fortunes.
Fact is the BJP has acquired a spine of steel and the patience required to bring down political enemies; even AAP is being played right now just so the Congress can be decimated and is out of the equation in Gujarat.

BJP War Machines
Amazingly enough it hasn’t dawned on the Congress that the BJP is a 24 by 7 365 days a year election winning war machine; and the Congress leadership somehow has managed to get by being part time politicians
Doesn’t work anymore

Modi Wins 350+ In 2024
With the BJP in the mode that it is a Kharge led Congress will find it impossible even to be in the fray in the 2024 Lok Sabha elections; and even with a Gandhi back at the helm nothing can stop a Narendra Modi Lee BJP from winning 325-350 seats in the 2024 General Election
We really seem to be heading towards a Congress Mukt Bharat unless the 137 year old party can come up with an alternative plan for itself and the country!

Indian Muslims Have Always Respected Shri Ram; There Are Over 300 Urdu Ramayanas by...