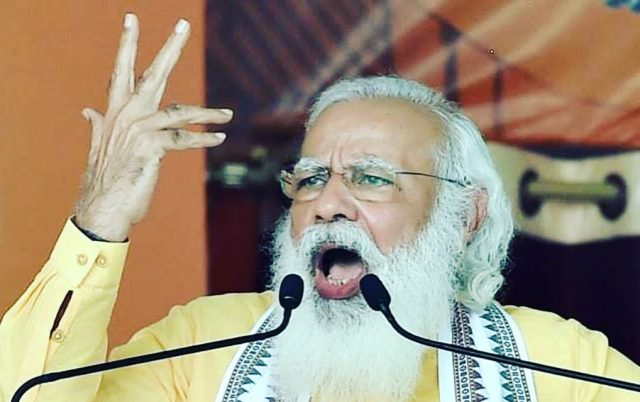 This is when I say I told you so and you say you are a Modi Bhakta, Sanghi, RSS Gunda, Bajrang Dal lumpen’
Great!
Wonderful!
Rock ‘n roll
All the NGOs (Non-Govt Organisations) whose FCRA licenses had been cancelled/put on hold because of their failure to submit credible audited accounts on what they had done with the monies received from abroad for “social work” and the “upliftment of the poor, toiling masses” (like me..and I have neither been uplifted nor social worked; and yes I remain poor and toiling) are now out of the shadows!
And their target ; Narendra Modi!
Look at them…they are there on every international media forum doing what the do best; crucifying Modi and stating that the Indian PM is singularly responsible for the COVID 19 Second Wave!
It’s as if Modi manufactured the COVID Virus in an RSS Shakha
And then let it loose to infect everyone
Brilliant right?
Instead of snake charmers and elephants you have Modi and the Govt Of India (that has just helped over 59 countries with HCQ, Remdesevir, PPE kits, Oxygen, Vaccines…) that are now the exotic demonised creatures from India’s Indiana Jones and The Temple of Doom version of python for breakfast!
So what’s hoppened?
When India decided to adopt CovishieId and Covaxin, the Army Of anti-Modi berserkers , non-BJP political parties, NGOs, all started speaking in the media that there is insufficient data on it’s efficacy, it is fake and we will not get it done. You might even turn into a monkey if you take COVAXIN and COVISHIELD has pig parts in it
The second part was to drive Muslims away from taking the vaccine
♦️The media also launched a movement against the Indian vaccine.
♦️During this time, look at the list of how many news items/ articles were published in the media against the vaccine :

Look at the list of how many leaders of the opposition political parties spoke against the vaccine.

The founders and employees of 265 major NGOs had spoken against the vaccine.

172 retired IAS, IPS, judges and other government officials also
had spoken against the vaccine.

342 cartoons were produced by cartoonists in opposition to the vaccine.

After all this, a confusion arose among the large section of the people of the country that vaccine is not safe and hence is not to be taken.
And when the vaccination started from 15 January, only a few people used to come to the vaccine centers.
On a couple of days some vaccination centers reported only 2-3 vaccinations.
If you look at the long lines for vaccines in Mumbai today, hundreds of people above 60 years are also seen.
Someone may ask them that since March, when there were no crowds and vaccine doses were going waste, why did they not get the vaccination done then?
Similarly the HCWs and FLWs now queuing up did not want it January onwards when it had opened up exclusively for them.
The reason are the same fear that these newspapers, politicians etc. had created.
Due to this fear, and vaccination hesitancy several million doses of vaccine were wasted, new orders were delayed, production capacity expansion did not take place and the result is there for all to see.

Today these same agitators/protestors against the vaccine are going to get vaccinated quietly.
So have they given up?
NO!
Every new Disaster is a new opportunity to attack Modi for this this lot
However as has been proven time and time again the more you attack Modi, the stronger he grows!
So all the best !