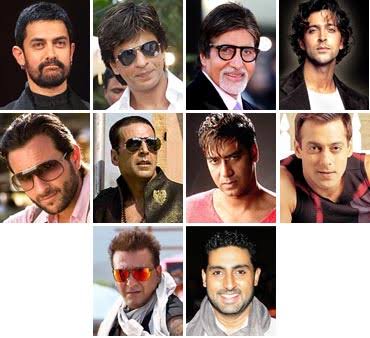 Is Bollywood Dying Or Just Changing?
Bollywood in particular and Indian cinema in general is going the You Tube way where stars are created and forgotten every Friday!
Soon even the sanctity of a Friday release will be put in the back burner with everyday ready for release; a gap between a hit/flop and a soon to be released Friday Big Ticket Movie will provide a great window of opportunity to slip in a smaller but contentwise disruptive movie to bring in the eyeballs or shall I say footfalls!
Bollywood is changing
But is it changing fast enough?
Content is and has always been King
Bollywood confused content with its own Kings namely the stars, producers and prima Donna directors
The blowback was destructive; Lal Singh Chadha, Prithviraj Chauhan, Thugs Of Hindustan and quite a few other Big Ticket films not only flopped but forced Bollywood to look South where it was raining Blockbusters!
So how did the Telugu, Kannada and Tamil film industry earn 1000s of crores from Bahubali, RRR, KGF when Bollywood was ready to give up the ghost with its dimwitted plotlines, even worse screenplays and utter contempt for the intelligence of viewers?
Therein lies a mystery wrapped in GFX and creative thinking!
Heropanti2, Dhakkad, Raksha Bandhan, Runway 34, Shamshera, Jayeshbhai Jordaar, Jersey…
Tiger Shroff, Kangana Ranaut, Akshay Kumar, Ajay Devgan, Ranbir Kapoor, Ranveer Singh, Shahid Kapoor, Aamir Khan…
It rained flops in 2022
If you don’t respect the audience the audience lets you know…
I remember in an interview to me way back the late great Yash Chopra had said “one day when I was going to work I saw movie billboards with film heroes having the same violent expressions just holding different weapons in their hands…that’s how Silsila was born and later Chandni”
In effect what Yash ji (Chopra saheb to me) was saying was he listened to his viewers; and as he used to say “to understand your viewer you have to be a viewer yourself”
So where are the Yash Chopras of the present generation of film makers in Bollywood? Why are established filmmakers refusing to listen to their audiences?
It’s a bit like politics
It’s like the Congress refusing to accept that there’s a new Sheriff in town and his name is Narendra Modi
Similarly established Bollywood Barons refuse to let go of their old ways…
You can’t expect Kuch Kuch Hota Hai to be a hit today; even a remake will have to have major modern and radical elements
It’s like buggy and tonga manufacturers; buggies and tongas went out of business 45 years ago; our Bollywood Barons are still manufacturing tongas…
It was magnificent seeing Dilip Kumar and Vijyanthimala “maang ke saath tumhara” in Naya Daur; but will Naya Daur work today?
Now we have hit films from the South becoming the basic Bollywood stable; because Bollywood seems to above run out of ideas that appeal to audiences
Problem is when you plan for a hit, it usually does not turn out to be a hit; it’s like a repeat of what happened during the days of the multi-starrer …you put Amitabh Bachchan, Shatrughan Sinha, Vinod Khanna and Rishi Kapoor together, give them a few lines that mean nothing, bring in “lost and found”, Hindu-Muslim unity, a kindly old Christian priest (or Maulvi), a couple of miracles and hopefully you would earn crores!
It worked for a while
And then began to bomb in a way that’s reminiscent of what’s happening to Bollywood now
The Marvel or DC Universe is great for Hollywood; but here in Bollywood where are the stories?
Movie making is about story telling
As Martin Scorsese said the other day about The Avengers, Batman and the rest…”that’s comic book cartoons; that’s not movie making”
Maybe Bollywood should go back to its Indian roots, pick up stories that have been loved and lived right here and then shout “Action” instead of men in tights and who have to wear their underwear over their pants!
Will Bollywood do it?
I don’t think they have a choice
It’s when they understand great stories beautifully told make money, not DC and Marvel comic strip remakes (do remember everything is now available right here in a language of your choice)