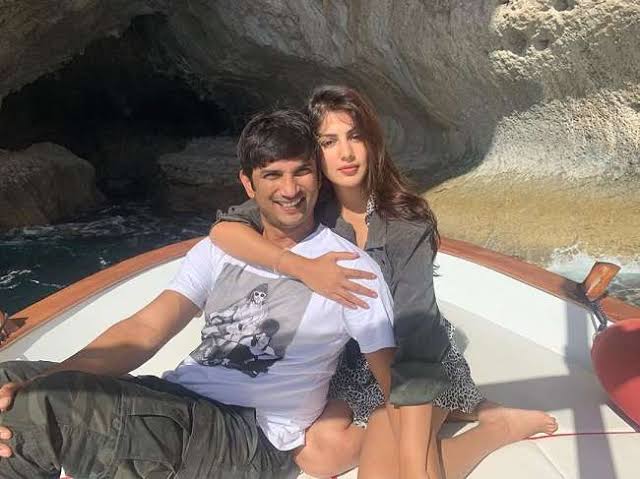 🥀In the Sushant Singh Rajput case I have a personal problem
🥀And I can’t seem to solve it (as in my problem)
🥀I rather like everyone involved or not involved or discussed by default
🥀Sushant Singh Rajput was brilliant as Dhoni
🥀Rhea Chakraborty is lovely and very articulate
🥀Mr Rajput’s father is quite right to be agitated at the loss of an only son
🥀Rajput’s sisters cannot be blamed for going hysterical over the loss of such a talented and brilliant brother (in fact over the loss of a brother)
🥀Satish Maneshinde, Rhea Chakraborty’s lawyer is a friend of mine and a wonderful lawyer
♦️I don’t know Senior Advocate Vikas Singh but he is just doing his job
🥀Kangana Ranaut was brilliant in Queen, fantastic in TwM part 1 and awesome in TwM part 2…but that’s where the likeability ends
🥀For someone who has got everything she has from Mumbai to run down the city that made her is something that can’t be borne
🥀And now Rhea Chakraborty’s brother has been arrested for being involved in peddling (or is it purchasing?) drugs!
🥀Do remember he has been arrested on the basis of What’s App chats, not possession…how the law works in such a case is something we shall have to see
🥀Meanwhile the NEFARIOUS NEPOTISTIC NEPOTISM “NATION” NAMELY Karan Johar-Aditya Chopra-Mahesh Bhatt-Sanjay Leela Bhansali seem to have been deleted at the Editing Table
🥀And the initial rock ‘n roll over Shahrukh Khan and Salman Khan? This drumroll did not the percussion section make!
🥀So goodbye to the glamour and glitz in the Sushant Singh Rajput case
🥀Now we have only bit players being forced to play leading roles…
🥀Rhea Chakraborty; a 2 film actress traumatised by the loss of the Love Of Her Life
🥀Showvik Chakraborty : no films yet but allegedly the usual brotherly villain as in Pran and Prem Chopra
🥀Samuel Miranda: Man Friday to whit Paintal in a new role
🥀The Rajput Family : A huge cast of characters, hurt and wounded by the untimely passing on of a son, brother, brother-in-Law and with Rhea Chakraborty the only people who seem to be honest in this whole conundrum
🥀Gaurav Arya : Candyman From Goa…MacMohan Sambha is back!
🥀Whom do I dislike here?
🥀I can’t find anyone
🥀Maybe the Court will find Rhea Chakraborty guilty
🥀And suppose, just suppose the Court finds her innocent?
🥀What will you rabid, screeching, howling, yelling lot do then?
🥀Ah yes …there is something to dislike!
The raving, ranting, hysteria creating “hang Rhea mob” egged on by a callous mercenary media that cares as much for Sushant Singh Rajput as they do for the 10,000 dead farmers whose names they don’t know…
🥀If farmers were filmstars and Sushant was a farmer, we would never have heard of Sushant Singh Rajput except as a small blip somewhere in the Crime Briefs!
🥀If unemployment was glamorous and Sushant was a clerk who committed suicide because of downsizing you would never have heard the name
🥀But he was a filmstar!
🥀And from Bihar
🥀And there are elections in Bihar!

In #SSR Case I Can’t Seem To Dislike Anyone; Except Mob Lynchers Pretending To...