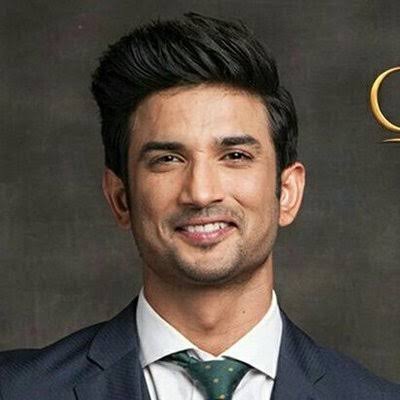 ♦️#SushantSingh could not have committed suicide! Unless he did and I am a Lobotomised Lunatic
♦️And why has everyone very quietly accepted the theory that Mr Rajput’s tragic passing away had something to do with Bollywood?
♦️Why is no alternative theory being even considered?
♦️Someone somewhere comes up with this Great Bollywood Mafia theory and it is readily accepted and propagated by all and sundry as if everyone was just waiting to be told exactly that!
♦️I have been a journalist since 1982
♦️That’s over 38 years
♦️Whenever everyone agrees readily and without question on something it makes me very suspicious indeed
♦️All screeching media channels and outlets screech “SUICIDE” and we believe it?
♦️All ravenous vultures out to settle personal scores screech “driven to suicide” and everyone believes it, debates it and curses everyone who disagrees
♦️Is suicide the only way a person meets with an untimely end hanging from a fan?
♦️What about murder?
♦️Why is mainstream media and mafia reform theorists shying away from using that term?
♦️And on #SushantSinghRajput I know I sound like a crotchety, old and scratched 78 rpm record, but I still cannot believe that an articulate, educated, scientifically inclined super successful man like #Rajput would commit suicide!
♦️I just CANNOT wrap my head around this one!
♦️Hell, maybe I am old
♦️Maybe I have lost all my marbles
♦️But why would a guy like that do THAT to himself and not even leave a suicide note?
♦️Point is NO SUICIDE NOTE; NOT A SUICIDE till proven that it is
♦️Just look at what #AnuragKashyap has to say about Rajput
♦️He walks out of 2 Anurag Kashyap films after agreeing to do them without a backward glance because he gets signed on by #YRF of #AdityaChopra and #DharmaProductions of #KaranJohar
♦️This sounds like a guy who is supremely confident of the career choices he wants to make and makes them!
♦️Does that sound suicidal? Not in a million years
♦️So now the question arises who, why and what?
♦️That’s for the Police to find out!
♦️But I shall believe it’s a suicide when pigs have wings and cows will jump over the Moon!
🌹And DISGUSTING TO SEE VULTURES SCREECH NEPOTISM ON #SushantSinghRajput WHILE EMPLOYING THEIR OWN SISTERS, BROTHERS, BROTHERS-IN-LAW IN THEIR OWN PRODUCTION HOUSES
♦️A monumental ego, a thin skin and the need to be the centre of attention is a recipe for disaster in Bollywood
♦️Today there is a demand for a CBI investigation into Sushant Singh Rajput’s untimely and tragic demise from people (vultures) who never cast him in their films, never talked to him, never told him they were there for him
♦️There are vultures who never reached out to him when he was alive and needed them, but are screeching the loudest today
♦️It’s not just disgusting, it is nauseating to watch them pick off the remains of a young man who allegedly couldn’t take it
♦️Now THAT’s BOLLYWOOD!
♦️I am not CONVINCED!
♦️If Sushant Singh Rajput committed suicide then I am Pope Francesco the Fifth, with apologies to the present Holy Father!
♦️No disrespect Your Holiness!
♦️And finally since #KaranJohar is being accused of nepotism could someone please enlighten me about the Johar relatives that have been promoted by #dharmaproductions ?
♦️I cant seem to identify any…
♦️So how can Karan Johar be accused of nepotism?
Anyone?
( Nepotism as defined by the Cambridge Dictionary: “the act of using your power or influence to get good jobs or unfair advantages for members of your own family”)

THE DAY TRUST DIED; THE SIKH TAXI DRIVERS AND HOW I SURVIVED 1984 By...

Kejriwal Should Get Yadav, Bhushan, Gandhi To Rejoin AAP Or Remain A Small Local...