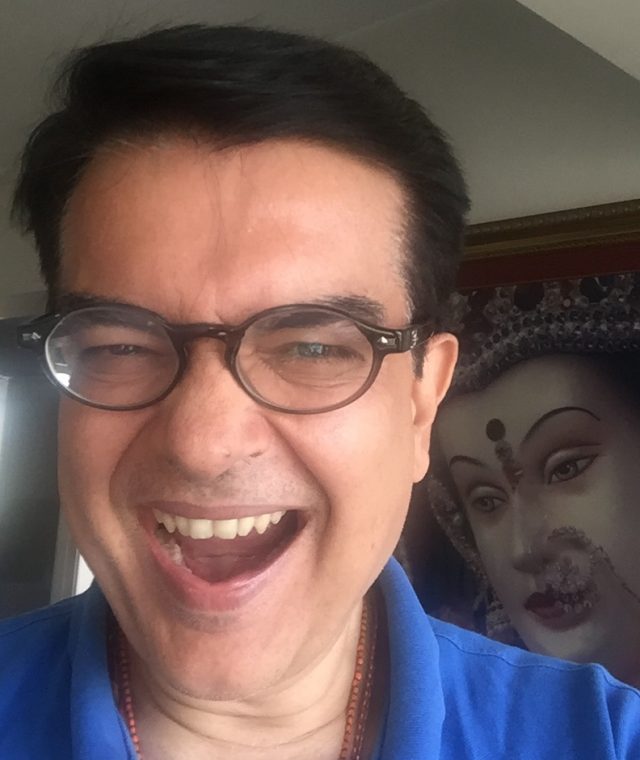 🔴I wrote this 22 YEARS AGO as Editor of the only morning tabloid in the country at the time namely THE DAILY🔴
🔴 #MODI’s popularity should not have come as a surprise; this is HINDUSTAN WAKING UP from the sedated sleep of Fabian Secularism 🔴

♦️Five years ago the Babri Masjid came down just the day before.
♦️And with it an illusion was shattered. The illusion of a civilised democracy, evolving towards emulating the western model it was derived from.
Instead the demolition of the Babri Masjid
brought us all down to the Indian reality.
♦️The Indian reality does not operate the way its western counterpart does.
♦️It operates on the basis of caste, creed and religion. In a Muslim majority constituency it is hardly if ever that we put up a Hindu/non-Muslim candidate.
♦️The same holds true for a Hindu majority constituency or a Catholic majority seat.
♦️And beyond that is the factor of caste, sub-caste, gotra and a host of other related subliminal
things that go into making an Indian election.
♦️This bit about the election is just an illustration and is germane to the issue only because this is the way India works.
♦️Adoption of secularism as an article of faith in the governance of India is a curb on the life force that runs through this country. And whenever the vitality of a nation is sought to be emasculated, it erupts in violent forms.
♦️The Babri Masjid demolition was just such an eruption.
♦️It has nothing to do with the spirit of Hinduism or Islam.
♦️It was not an anti-Islamic act either.
♦️It was an act born out of frustration at having to live with the kinds of rules that have been imposed on an India that is still not urbanised, that still
retains its primeval character, that is untamed, raw and not ashamed of being rustic, mystical and at ease with itself.
♦️The mosque that was demolished became a symbol of the kind of repression that the rustic Indian was being asked to live under; a kind of repression that allowed communal riots to ravage this land again, again and again.
♦️That allowed the worst crimes to be shoved under the carpet in the name of practical
politics.
♦️That allowed a people to be raped and brutalised over the years. as the secularists ruled like bandit warlords, carving out neat pieces of territory for themselves.
♦️Coming right down to it, it is ridiculous to think that people like L K Advani, Uma Bharati or even the much maligned Sadhvi Rithambara have power or the influence to be able to incite people to demolish anything, let alone a mosque as well known as the Babri Masjid.
♦️This is because a mob may be incited to riot,
to plunder, to rape and to kill; but to demolish a dead monument of stone and mortar that had been unused for decades is definitely beyond the capacity of any Indian leader.
♦️Not even a Bal Thackeray could have been able to do that.
♦️This is because a mob has a mind of its own.
Its mind works on the most primitive principles and urges.
♦️Its impulses are entirely selfish.
♦️Its motivations completely avaricious.
♦️A mob expects and gets instant gratification.
♦️What was the possible gratification that a normally incited mob could have got from demolishing an isolated mosque?
♦️Just bringing down a structure of stone that had nothing going for it anyway, was hardly something that would have satisfied the bloodlust of a communal Hindu mob.
♦️Something else was at work here.
♦️It was the revenge of the other India.
♦️The India that has been exploited for five decades by secularists who have asked people
to keep their faiths on the soles of their feet…… At some point of time the people would have decided to hit back.
♦️Remember the history of the dispute on the mosque?
♦️How the Congress got the gates opened because, they wanted to balance their faux pas on the Rights of Muslim Women’s Bill over the Shah
Bano case?
♦️How the matter was allowed to be dragged on, and the Muslims NOT ALLOWED to arrive at an agreement……. that also included some completely acceptable solutions including
translocation of the mosque stone by stone to a different location, sharing of the domes of the mosque with one dome retaining its old mosque character and the other two being made
part of a temple…and so on and so forth.
♦️A political conspiracy forced a situation that burst forth from its shackles on December 6, 1992.
♦️It was not anti-Muslim. It was just pro-India.
Hindustan is now AWAKE!