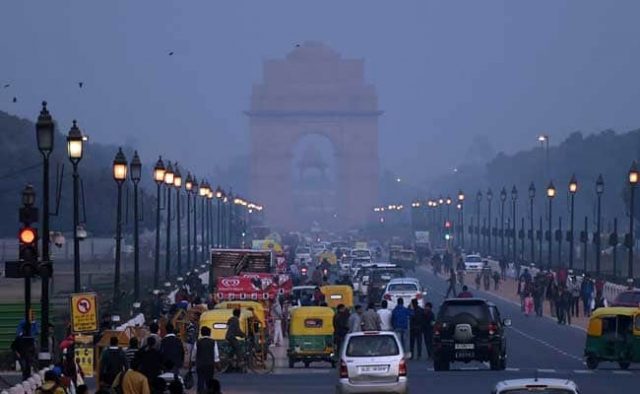 I lived full time in Delhi till mid 1994 n was a fully employed hack with a Mumbai-based daily(since 1984).
My problems then were bad MTNL connections for fax n telex n phone,virtually no water (even in Lutyens Delhi where both home n office were located),no good pre-schools(Mrs Gauba’s located in my backyard n which my husband n his brother had attended was defunct or nearly by then so Revu went to Roots in Defence Colony, quite a distance away),no creches or day-care centres,crappy hospitals(apart from AIIMS which too was Filthy then!),connectivity to satellite townships was zilch so work was tedious,security n policing then too was a concern (dowry deaths nearly became part of the vulture-culture) n even Lutyens Delhi took on a sinister avatar with freaks pervs n thieves who crawled out from the colonaded structures even at dusk,so night-life was Delhi Gym(11pm! Lol),Press Club(Ahem!)Bali Hi atop Maurya Sheraton if rich or otherwise obliged n Neemrana for weekend getaways!Electricity was constantly supplemented by genset “genie” n admission to “good schools” meant either you were babu/fauji/rich/hack with a Delhi paper ,DD,or UNI /PTI!So you voted according to these needs. Yamuna became a sluggish sewage nullah in high summer,the bastis or slums n JJ colonies(jhuggi-jhompri/slums) were unbelievable in filth n squalor but the vastness of Delhi n its tree-lined avenues n Wide Wide roads made-up for a lot,even screaming security entourages which were so common-place by then that they became “just traffic hazards”!But… there was an Appalling lack of good n life-sustaining jobs!So I wonder what will be the voting pattern this time ??! Definitely a lot of the above!

Rani Lakshmibai Died Fighting, Along With Her 54 Pathan Bodyguards, All Killed, All Muslim...

Will Modi Ji Get His Babus Out Of The Way And...

Kejriwal Should Get Yadav, Bhushan, Gandhi To Rejoin AAP Or Remain...