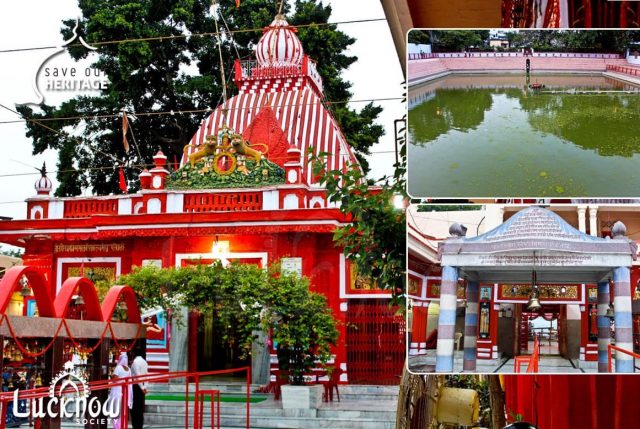 🌺WHEN A MUSLIM QUEEN BUILT A HANUMAN TEMPLE AND STARTED THE HINDU FESTIVAL OF BADA MANGAL (BIG TUESDAY) 🌺
🇮🇳This is MY INDIA
🇮🇳Isn’t it YOURS?
🌺Begum Janab-e-Alia, the second wife of the third Nawab of Awadh (of which Lucknow was the capital) Shuja-ud-Daulah (1753-1775 A.D.), dreamt of a divine presence commanding her to build a temple honouring Lord Hanuman.
🌺Another related story says that Alia Begum was told by an angel (farishta) in a dream that she would be blessed with a son when she built a temple to Hanuman
🌺The dream was very specific! Alia Begum was told there was an old idol of the Monkey King buried at a particular spot that had to be excavated!
🌺Alia Begum ordered excavation of the site and sure enough the idol of Hanuman was found right there; she made arrangements for transporting it back to Lucknow on an elephant.
🌺However, the elephant stopped in its tracks after covering some distance
🌺The Begum inferred this as a divine sign and ordered the erection of a temple at the very spot in present day Aliganj, Lucknow
🌺Since then, every year, devotees not just from UP but also other parts of the country congregate at this Hanuman temple in Lucknow in large numbers on the four Tuesdays of Jyestha to celebrate BADA MANGAL!
🇮🇳This is MY INDIA
🇮🇳Isn’t it YOURS?