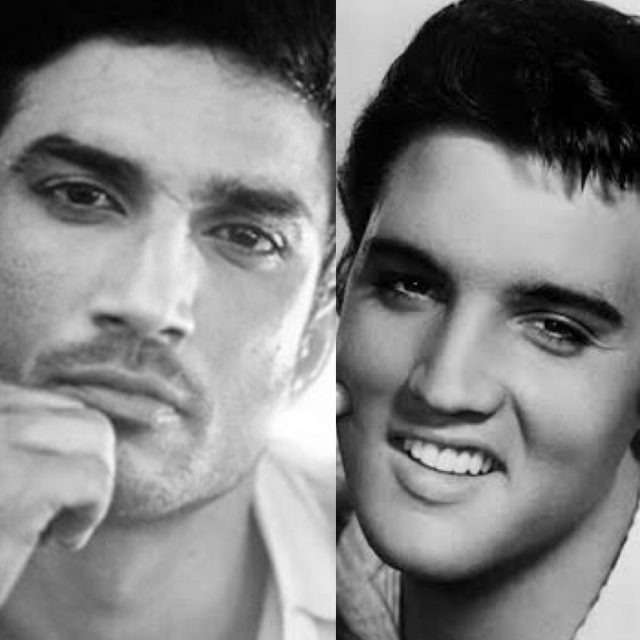 Elvis is alive!
In the United States there is a whole set of people that refuse to believe Elvis Presley passed away
They think it’s all a hoax conjured up by the Govt that has in fact sent Elvis on a top secret mission into Outer Space
So the announcement of his death, funeral and tributes were all part of a conspiracy by the Deep State
And one day Elvis will return…singing Jailhouse Rock!
Try telling any of these chaps Elvis died on August 16, 1977 and they’ll look at you as if you are insane…and then there will be the arguments
-DID you actually see the body?
-DID anyone really see him die?
-DID you see the medical report?
Sound familiar?
Sushant Singh Rajput is not Elvis; but he might as well be for the folk who refuse to believe the All India Institute Of Medical Sciences autopsy report, related evidence collected by all investigative agencies and evidence of his drug addiction…
Notwithstanding anything and everything according to this lot this 34-35 year old man was murdered
And the main murderess is his own girlfriend Rhea Chakraborty
Forget the fact that she’s just been granted bail by the Bombay High Court with an order that’s savage in its criticism of the Narcotics Control Bureau
Forget the fact that none of the agencies investigating the case have found her to be in possession of or having been a conduit for the ₹15 crore that she allegedly stole from Mr Rajput as alleged by Mr Rajput Sr
Forget even the fact that Mr Rajput does not seem to have had ₹15 crore himself
All these are not facts for all the crazed clowns living in an alternate Universe…these are lies that were first peddled by the Mumbai Police and are now being propagated by CBI (of course the main villain of the piece for this lot is the Head Of Forensics at AIIMS Dr Sudhir Gupta…how dare he and his team of six doctors find that Sushant Singh Rajput probably committed suicide and may not have been murdered)
And there is one news channel that’s been leading this Attack Of The Clowns helped along by a social media frenzy generated by bloggers, vloggers, YouTubers and occasional media persons who have a thing or two in common…all but all are non-Maharashtrian, are from UP, Bihar, Madhya Pradesh or Rajasthan; have never had even a passing acquaintance with “verifiable facts”, are followed in their millions by hysterical screeching anti-Bollywood anti-Mumbai mobs from what passes for the Hindi belt!
This is the New Cow Belt Lynch Mob!
Not only do they want Rhea Chakraborty hanged, they want every Bollywood icon crucified and wonder of wonders want the Government to order that the Hindi Film Industry (Bollywood) ought to be shifted to Uttar Pradesh or Bihar!
I kid you not!
The bail order passed by an Honourable Judge of the Bombay High Court does not even exist for this lot
In fact the lead Screeching TV channel (now known as Banana Republic) did not even carry the story of bail being granted to Rhea Chakraborty till late evening!
It’s singularly the most mind bending situation I have ever seen in my 39 years as a journalist
No wonder I have never been able to figure out the Byzantine labyrinth that constitutes the politics of UP and Bihar
It’s Kafkaesque in scale and horrific in the detail!
But a very large proportion of highly unsuccessful Bollywood aspirants have bought into this narrative as a means of avenging themselves on those that have succeeded
Phantasmagoria!
We are now with Alice In Blunderland and the rabbit hole is never going to reach an end!
And with apologies to Jefferson Starship who sang so long ago “a hookah smoking caterpillar will end your days”
It’s a real mind bender this one
Meanwhile there is a Banana that’s slipped on its own “Republic” skin and is screaming at the Mumbai Police for a fracture to his pectoral girdle
And an upright and honest judge ensures that finally Rhea Chakraborty gets to sleep in her own bed in her own house..
That is India
No matter how bad things look, no matter how much the demons may gnash their teeth, show their fangs, howl and scream, India always finds her heroes in her deepest crises!
And that renews my faith and hope!