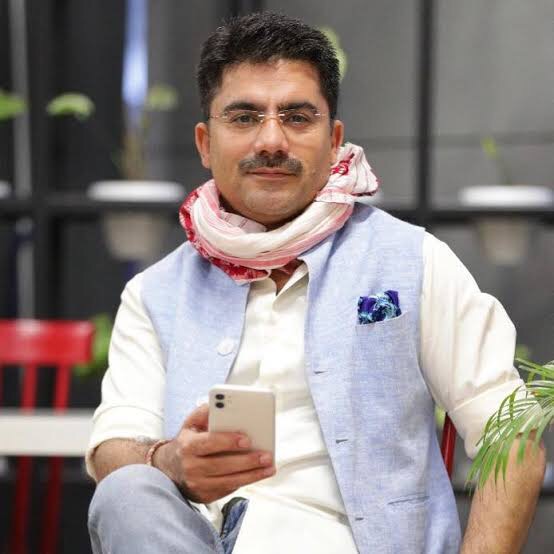 ♦️A dangerous fungal infection is killing patients AFTER they have recovered from Covid-19 infection.
♦️The disease is Mucormycosis and can be fatal. It infects those who have been on oxygen support for five days or more. So, the oxygen which gives you life, actually may cause death (not the oxygen per se but the manner in which it is administered)
♦️Mucormycosis, simply known as Black Fungus, develops in the nasal tract due to poor quality of water used, through which the piped oxygen in hospitals passes to make it hydrated oxygen, before it reaches the patient’s nostrils.
♦️It’s a like the fungus which develops on bread due to moisture, if kept outside for a long time.
♦️It starts from the nostrils, travels upwards towards the eyes and then towards the brain. It paralyses the nerves it travels through. *So, first it’s the eye that loses vision very swiftly AND permanently! If not treated, it enters the brain and then it’s a matter of a day or two before paralysis sets in, followed by multiple organ failure or a sudden heart attack leading to death…exactly what happened to Rohit Sardana
♦️For any body on oxygen support in a hospital, it’s crucial to keep looking around the nostrils for any black pigmentation. As soon as even as the smallest dot appears near the nostrils through which oxygen is being administered, alarm bells should ring, and anti-fungal vaccination should start immediately because this is the only treatment of the disease. (Call an eye surgeon or specialist at once on video call and show him or share a pic.)
(The injection dosage is 5 ml per kg weight. So if a person is 60 kg, it should be 300 ml, and if more, upto 80 kg, 400 ml.)
♦️The oxygen supply also needs to be sanitised immediately. While only distilled water should be used for hydrating oxygen, in all hospitals, tap water or any other water available around is used by the para medical staff. What is worse is that the container for this water for hydrating the oxygen is hardly ever cleaned leading to concentration of viruses and bacteria plus sedimentation with the worst kind of viruses and bacterial infestation in the piped supply system, which cures you from Covid and then kills you with the “Black Fungus”.
♦️Also, if tap water or even purified / boiled water is used in the humidifier, over a period of time, there will be deposits of impurities, including micro-metals, minerals / salts which make things worse.
♦️Trouble is with the Medical infrastructure so stretched even senior doctors tend to overlook the kind of water being used in the humidifier for the Oxygen supply
♦️Hundreds of people who were on oxygen support and had recently recovered from Covid are dying of this disease everyday. And that’s simply because by the time the black pigmentation is noticed by family members at home, it’s already too late and even doctors are helpless.
♦️The most unfortunate part is the complete lack of awareness about this contamination in oxygen supply and about the deadly disease itself.
♦️The really tragic part is no one is even discussing this anywhere; that the Oxygen which is giving you life is going through dirty water leading to a Black Fungal infection that’s killing you AFTER you have recovered from COVID
♦️So what do we do?
♦️See that only distilled water is used for hydrating the Oxygen that goes to a patient
♦️The humidifier itself needs to cleaned and sanitised on a regular basis
♦️Watch out for the appearance of even a single black spot in the nostrils of a patient on Oxygen and take instant action as soon as it is noticed
♦️Administering Oxygen without checking for fungal infection could kill the patient

Time To Repair Kashmir Temples Damaged By Extremists by RKB