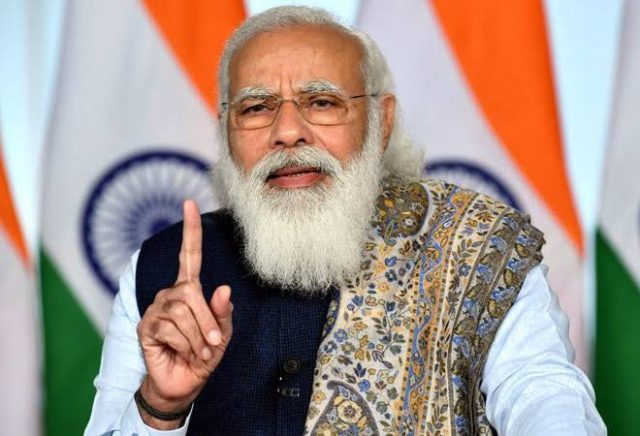 It’s Not Just The COVID 2nd Wave, It’s the International Finance/Pharma Conspiracy To Destroy Modi and Weaken India
♦️China Must Be Made To Pay For The Chinese Virus
  🇨🇳 China is where the virus began!
  🇨🇳 China silenced whistleblowers!
  🇨🇳 China covered it up!
  🇨🇳China lied about the extent of the outbreak & blamed others!
  🇨🇳China STILL lies about new cases!
  🇨🇳China refused offers to help contain the virus!
🇨🇳  China infected the world!!
  🇨🇳So why does WHO support whatever lies the Chinese are dishing out?
  🇨🇳Simply because all Heads of WHO owe their positions to heavy lobbying by the Chinese through their African proxies and client states in Asia
♦️Fact ; we still don’t know what is the actual state of the Wuhan epidemic
♦️Fact ; we still don’t know the exact number of people who were infected
♦️Fact ; we still don’t know how many of these infected people infected others
♦️Fact ; we are absolutely in the dark about the actual number of dead in China
♦️Fact ; we are still not sure if China has indeed managed to make itself COVID19 free
  ♦️We only have the word of the Chinese for it!
 ♦️Should we believe the Chinese Govt?
 How can anyone possibly believe a Govt that imprisoned the Doctor who warned of exactly such a crisis?
 ♦️However the WHO asks us and the rest of the world to believe what the Chinese are saying
 ♦️Let’s be clear this is THE CHINESE VIRUS
 ♦️Whatever anyone says the Chinese are responsible and must be made to pay for what they have done to the rest of the world
And now for the real kicker….
The Great Coincidences
🇨🇳The Chinese biological laboratory in Wuhan is owned by Glaxosmithkline who ( *by coincidence) owns Pfizer! (the one that produces the vaccine for the virus that ( *by coincidence* ) started in the biological laboratory in Wuhan, which ( by coincidence ) was funded by Dr. Fauci who is ( by coincidence ) promoting the vaccine!
🇨🇳GlaxoSmithKline ( by coincidence ) is managed by Black Rock Finance who
( by coincidence ) manage the finances of the Open Foundation Company (Soros Foundation) which ( by coincidence ) serves the French AXA!
🇨🇳By coincidence* Soros owns the German company Winterthur which ( by coincidence ) built the Chinese laboratory in Wuhan and was bought by the German Allianz which ( by coincidence ) has Vanguard as a shareholder which again ( by coincidence ) is a shareholder of Black Rock which. ( by coincidence ) controls the central banks and manages about one third of the global investment capital.
🇨🇳Black Rock* ( by coincidence ) is also a major shareholder of MICROSOFT,
the property of Bill Gates, who ( by coincidence ) is a shareholder of Pfizer ( which–you remember? is selling the miracle vaccine ) and *( *by coincidence* ) is currently the first sponsor
♦️So what happened?
🇮🇳The Second wave turns up in India, is so virulent as to make India seem like a Disaster Zone
🇮🇳The Signal goes out “India is the super spreader of the world; India is poor ; India has nothing to combat COVID with; India is a basket case and needs help from everyone all around the world just like Ethiopia, Sudan, West Africa”
🇮🇳The new vibrant and ready for business India is forgotten and a poor third world country struggling to stay alive is sought to be projected all over the world
🇮🇳And this after Prime Minister Narendra Modi managed to help just about everyone from the USA to UK to Israel to France to Brazil with medicines and later vaccines (once they were ready)
🇮🇳So what’s the target really?
🇮🇳Not just the growing strength and threat that India poses but Narendra Modi himself
🇮🇳This bearded PM is not for sale; to the MNCs, the Finance Companies or the Pharma Companies (or to China)
🇮🇳Therein lie the crux of the matter
🇮🇳It’s as if China was not responsible at all…and the greatest threat to the world from COVID now comes from India (read Modi)
🇮🇳What was that line “you give me the pictures and I shall give you the war”?
🇮🇳Well India is fighting back
🇮🇳And do remember Modi is till not for sale
🇮🇳And neither is India
🇮🇳But we are in the market to buy!