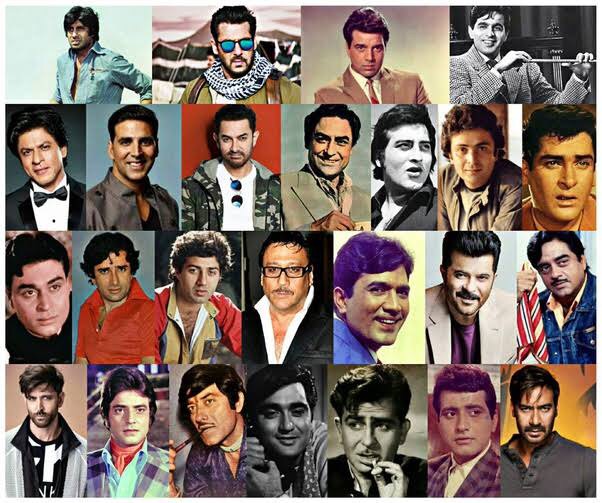 Will #Bollywood wake up to the fact that audiences need to see content they can relate to, be challenged and intrigued by and will leave them with something they have never experienced before?
I am sure #bollywood will change
They always do
When Shammi Kapoor style song and dance routines in Kashmir and Darjeeling started to look jaded, along came the Rajesh Khanna wave with emotional love stories (only the Dev Anand style new age stuff like Johnny Mera Naam and Hare Rama Hare Krishna remained unaffected by the Rajesh Khanna wave)
And then came the Bachchan and Deewar; after that it was Bollywood’s Badla Period till Yash Chopra himself brought back romance with Kabhie Kabhie…
And so on till Shahrukh Khan, Aamir Khan and Salman Khan…but now even Salman Khan’s a gag a minute routine no longer seems to impress audiences
So what will Bollywood do now?
First, look for great stories the way they used to (remember Kala Pani, Devdas, Naya Daur, Aadmi, Howrah Bridge, Jaal…)
Second, jettison the idea that audiences are stupid; they are not …they make and break you. They are your customers and customers are not morons they are the real Kings. Here “customer is King” applies more than anywhere else
Third, if this new upheaval can force the established Bollywood Behemoths to think and work like Creative Workshops and promote real talent from all over I would love for that to happen
Will it result in democratisation of what is otherwise a very closed, us only Club?
I hope it does
That’s because that’s the only way #Bollywood is making a comeback!
#Bollywood is and will always remain the greatest bastion against the communal tide that’s threatening to sweep all before it
#Bollywood is the real aspirational idea of India
And like India Bollywood will bounce back!
Bollywood is still the only institution (if it can be called an institution) where your religion doesn’t make one bit of a difference; where till just the other day the most bankable and popular filmstars were all Muslim, the doyen of all great actors in Bollywood Dilip Kumar was a Muslim, most of the great classics of Indian cinema have featured Muslims
Why am I even mentioning this when Bollywood itself is completely immune to your religious leanings? That’s because there is a bunch of lobotomised lunatics who have tried desperately to create a Hindu-Muslim divide in Hindi cinema; they have failed miserably in the four main movie centres of the South where they were driven out with their tails between their legs!
Bollywood is in effect the beating heart of India’s softpower all over the world; and whereas this heart may have missed a beat or two in recent times it will be back to beating as powerfully as it was earlier, sooner than you think!

Renaming Aurangzeb Road After Dara Shikoh Would Have Been Poetic Justice by Amita Nayar...