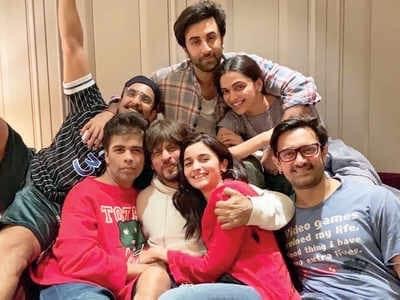 ♦️Have people gone completely insane?
♦️If you keep targeting Bollywood in this manner what will you achieve?
♦️Change?
♦️Change for what?
♦️You wish to erase the remarkable body of work from people like #AdityaChopra, #KaranJohar, #MaheshBhatt, #AnuragKashyap, #SanjayLeelaBhansali and replace it with?
♦️Destroy #SalmanKhan, #HrithikRoshan, #AamirKhan, #ShahrukhKhan, #AliaBhatt, #DeepikaPadukone, #KareenaKapoor #JavedAkhtar, #RanbirKapoor, #RanveerSingh and replace them with?
♦️Yourselves????
♦️Why should we believe you?
♦️What have you done that we should believe you over and above the names mentioned above?
♦️Fact : most of the people protesting loudly , hysterically and viciously are the rejects of Bollywood
♦️Fact : many of those protesting themselves had great launches in Bollywood and fell by the wayside because their movies did not work
♦️Fact : majority of those protesting have a connection to the state of Bihar
♦️Fact: doesn’t that itself militate against the very mafia you are against? Aren’t you therefore pushing for a Bihar Mafia?
♦️So what about the Punjabis, Haryanvis, Kashmiri’s, Maharashtrians, Andhra-ites, Bengalis, Mizos, Assamese, Nagas, Arunachalis, Malyalees, Odiyas and others rejected by Bollywood?
♦️When did you demented, distraught and dimwitted lot ever protest for the fore-mentioned people from the states mentioned above?
♦️This is atrocious, vile and vicious
♦️And will only damage all newcomers further!
♦️Watch how Bollywood will soon close ranks and cast only established stars and when they do decide to give a break to a newcomer they will make him/her sign a cast iron contract that will emasculate them
♦️So congratulations! You just destroyed whatever it was you set out to do for newcomers!
🌹(Just for the record, I have lost count of the number of times I have been rejected by mainstream media houses and news channels; does that mean there’s a conspiracy against an idiot like me? There isn’t! The reason for rejection was simple; I didn’t fit into their plans! That’s it)