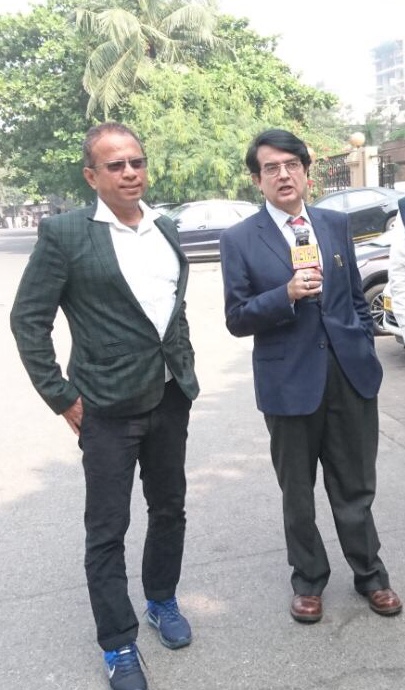 If Anil Ambani Of the ADAG GROUP really and truly cares for the reputation of Prime Minister Narendra Modi the decent and civilised thing for him to do would be to withdraw from the Rafale Deal completely.
Why is Anil Ambani allowing the non-BJP Parties to use Rafale against Modiji?
Why is Anil Ambani giving this window of opportunity to the Congress Party to transmogrify a perfectly good defence purchase into the BJP’s BOFORS Deal?
Why is Anil Ambani allowing himself to be used as a lethal/non-lethal weapon against the most popular, strongest and possibly the most honest Prime Minister we have had in decades namely Prime Minister Narendra Modi?
Can’t Anil Ambani see what is being sought to be done using him and his company as a battering ram against the PM?
Anil Ambani’s presence and continued participation in the Rafale Offsets contracts has allowed the Oppositop to obfuscate, divert and distract from the real issues at hand!
Doesn’t Anil Ambani know that?
We are sure he does
We are also sure that Mr Anil Ambani, being the patriot that he is, will voluntarily withdraw from this whole business…
Just imagine what will happen if Mr Ambani is no longer involved in Rafale…Mr Rahul Gandhi & Co will have NOTHING to talk about!
Nothing at all; thereby handing over the entire electoral battlefield back to Mr Modi and the BJP!
Mr Anil Ambani knows India needs Mr Modi to continue as PM and to return as PM in 2019 in a manner far stronger than he did in 2014…
We request Mr Anil Ambani again…please withdraw from the Rafale Offsets Deal for the sake of Prime Minister Modi, for the sake of the country…
We are sure Mr Ambani will do the decent thing…and if he doesn’t ….
· 1000s OF CITIZENS TO DO GANDHIAN PROTEST OUTSIDE MR ANIL AMBANI LED- “RELIANCE DEFENCE OFFICE” , 502, Plot no 91/94,Prabhat Colony, Santa-Cruz (east), Mumbai-55 ON 16/11/18 AT 3 PM

Citizens of this Country want clarity and clarification on the matters mentioned below:

3] Anil Ambani led Reliance Defence Companies , Three of them were registered on 20/12/14 after Modi Government was sworn in

These too were registered in 2015 during the tenure of NDA Government.

17.66 per cent of Pipavav was acquired by Reliance Infra Ltd on 5 March 2015 in a US$130 mln deal.[6] Subsequently, Reliance Infrastructure launched an open offer to acquire additional shares to control 25.1 per cent of the Company. The open offer has been completed and Reliance Infrastructure now holds 36.5% equity in Pipavav and Anil Ambani has been appointed as the Chairman.[7] The company was renamed to Reliance Defence and Engineering on 3 March 2016 and again renamed to Reliance Naval and Engineering Limited on 6 September 2017.[8][9]

probably this was not brought to the knowledge of the Modi Government.

6] In July 2015, Pipavav shipyard was chosen for a ‘Make in India’ naval frigate order. The order value exceeds more than USD 3 bn.

This order is being termed as the private sector’s biggest-ever warship-building project.[13]

On 13 February 2017, Reliance Defence and Engineering Limited (RDEL) later Reliance Naval and Engineering Ltd has signed the Master Ship Repair Agreement (MSRA) with the US Navy to maintain the vessels of its Seventh Fleet operating in the region, with the company estimating revenues of about Rs 15,000 crore ($2 billion) over next 3 –5 years. The Seventh Fleet’s area of responsibility includes the Western Pacific and Indian Ocean and at any given time there are roughly 140 ships and submarines, 5070 aircraft and approximately 20,000 sailors under its command. Currently, these vessels visit Singapore or Japan for such works

7] IDBI Bank has moved NCLT against “Reliance Naval and Engineering Ltd” to recover its dues from the company.