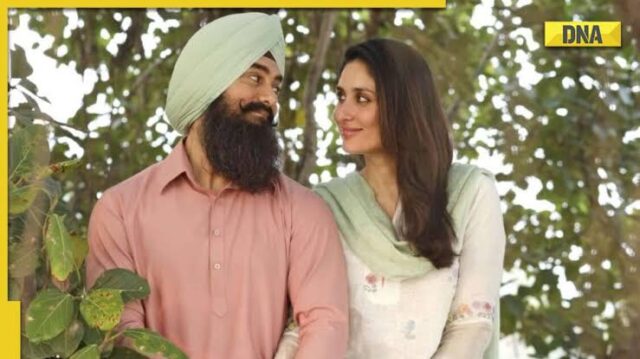 So why are people exulting in joyous celebration over the failure of Laal Singh Chaddha starring Aamir Khan and Kareena Kapoor?
Why would anyone want to celebrate the failure of any movie?
In fact why would anyone want to celebrate failure at all if the original project was not intended to harm anyone?
It’s strange
But these are strange times wherein every mentally challenged, sadistic little twerp with an exaggerated idea of his own importance can start a “boycott” movement on Twitter, Facebook, Instagram
And the social media platform business model is such as it is morally and ethically neutral to what it is being used for as long as it generates humongous traffic!
So let’s look at Laal Singh Chaddha!
I am not a fan of Indian movies being made on Hollywood classics; American movies have an American context and whatever you do to Indianise it that Americaness won’t go away
In fact it’s not the dimwitted boycott balderdash that made Laal Singh Chaddha fail ; Indian audiences found it alien, foreign and far, far away from any Indian reality anywhere
No wonder Laal Singh Chaddha has done so well in the United States and Canada; and flopped in India!
Lesson Number One; just because a movie was a monster hit in Hollywood doesn’t mean it will be a great hit in an Indian remake
However that’s just about the movie
(By the way I LUVVED Laal Singh Chaddha; Aamir is Brilliant! Bloody Brilliant and Kareena is magnificent)
So why are lobotomised lunatics with perversion for passion flying right Upto the Moon as if Aamir Khan’s flop has just given them a platinum hit?
It’s the only way these pieces of human detritus can feel good!
Life can be so unfair right?
On the one hand there is Aamir Khan, an acknowledged genius of Indian cinema, brilliant actor, really good looking romancing the gorgeous Kareena Kapoor on screen and on the other are the poor, unbelievably intellectually unsound dimwits brought up on a strict What’s App University education who can only jerk off to Kareena Kapoor’s image in whatever is left of their minds
This is the Revenge of the riff raff
When at one time they used to be found in an Auntie’s Bar consuming country liquor and abusing Aamir Khan now they are on Twitter and Facebook and Instagram venting whatever is left of their spleens at everyone they ever wanted to be but couldn’t!
It’s what Umberto Eco called the “invasion of the imbeciles”
And the imbeciles are here to stay
Lesson Number Two : a flock of fools can destroy a genius if the genius decides to engage with them
The attack on Bollywood began with the wild conspiracy theories advanced to explain the death of Sushant Singh Rajput and absolutely insane attempts to implicate and malign the whole film industry in his untimely demise
When that didn’t work actors like Aamir Khan, directors like Anurag Kashyap were chosen for the attack of the lunatic fringe in its Boycott induced Heaven
So what will happen to Bollywood?
Truthfully nothing
Great content will bring audiences back to the theatres; great and original content!
And what happens to the Boycott Bewakoofs?
They will be around too
And will continue as the footnote in history of the new Social Media Network Induced Hell…
That’s why it’s called rock ‘n roll !
(PS : Aamir Khan will be back with something more spectacular than PK and 3 Idiots; Kareena Kapoor will continue to grace the screen with her ethereally beautiful presence…and the Boycott Bewakoofs will have to think of something new…like “Girl”-Cott instead of just Boycott)

WHO IS PROTECTING TAINTED CONTRACTORS IN ₹350cr ROAD SCAM? By RKB & PRADEEP NAMBIAR