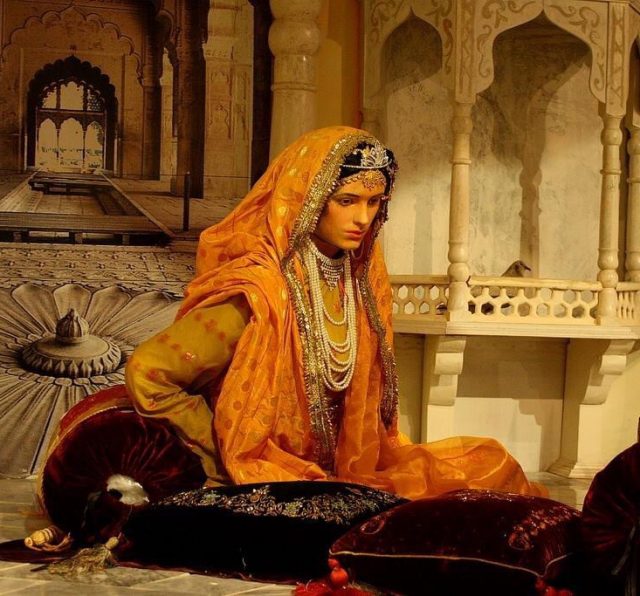 🌹WHEN RAJPUTS FOUGHT THE MARATHAS TO PROTECT A MUGHAL PRINCESS🌹
🌹And then there is this…from the Mughal Imperial Archives
🌹Once (the year was 1699) the doli (palanquin) of Princess Nadira Begum (Jahanzeb Begum) wife of Prince Azam (son of Aurangzeb) was on its way from Islampuri (where Aurangzeb was at that time) to Gilgit, escorted by the Rajput Maharaja Ram Singh Hada and 750 of his soldiers, when the Marathas surrounded it.
🌹The Marathas were around 10,000 in number and wanted to kidnap the princess so as to dictate terms to Aurangzeb; in effect to ask the Mughal Forces to withdraw from the Deccan
🌹The Hada contingent was following the doli on foot and was at a distance as the princess observed purdah.
🌹Nadira Begum summoned Ram Singh and told him: “asmat-i Rajputiya wa Chaghtaiya yak ast” (“the honour of the Chaghtais is identical to that of the Rajputs.”) “agar īn roz asmat-i Chaghtai raft, ba māra be asmat-i Rajputiya raft!” Ram Singh could understand but could not speak Persian. So, he replied in broken Persian: “The malichhas [those with unclean thoughts towards you] will not be permitted even to look at the doli and there is no question of their even coming near it.”
🌹The Marathas had never faced the kind of suicidal passionate battle born insane resistance that Ram Singh and his small Hada contingent offered against heavy odds.
🌹Ram Singh succeeded; 300 Rajputs and four of Ram Singh’s sons lost their lives, and true to his word, the malichhas could not have even a look at Nadira Begum’s doli.
🌹Nadira Begum reaches Gilgit, herself and her doli intact and inviolate
🌹Ram Singh protects the princess and the Honour Of The Rajputs with the lives of 300 of his soldiers and four of his sons
🌹Such was the trust between the Rajputs and the Mughals—that in a moment of crisis a Mughal princess could appeal to a Rajput as to a Mughal!
🌹And the Rajput was willing to sacrifice the lives of his sons, but not break a solemn oath in the name of the presiding deity of the Hada Rajputs Ma Bhavani given to his Emperor; at that time Aurangzeb
🌹Incidentally the Marathas also worshipped Ma Bhavani; still do! So do the Rajputs!

MODI MAY NOT COME BACK IN 2019 says Astrologer Pandit Raj Kumar Sharma By...