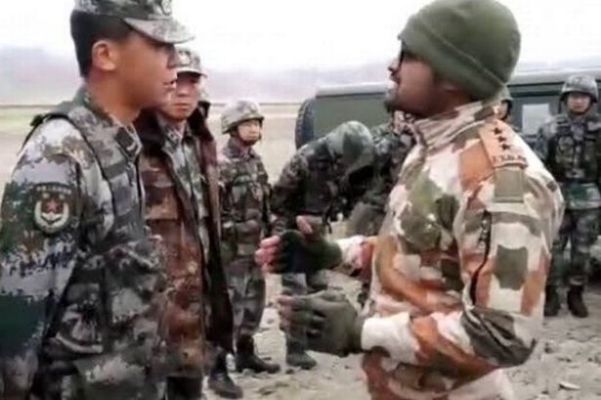 ♦️Indians stand ready to make all sacrifices necessary to battle the Chinese
♦️Ready to fight till the last bullet, bayonet, kirpan, sword, knife, man, woman and child
♦️Is our Govt ready?
♦️Fact : China respects only strength
♦️Fact : China doesn’t care about you
♦️Fact : China will do what China wants
♦️Fact : WE have to throw the Chinese out by FORCE
♦️Fact : China was never and will never be OUR friend
♦️Fact : China will always look better with a bloody nose
♦️The Chinese Army is refusing to move back from Pangong Tso Lake
♦️Indian Army is on high alert with over 60,000 soldiers deployed in East Ladakh
♦️India has deployed Bhism tanks, Apache attack helicopters, Sukhoi fighter jets, Chinook and Rudra
♦️The new Israeli State Of The Art missile system will also be deployed by August end
♦️The China Study Group (CSG) headed by National Security Adviser Ajit Doval reviewed the outcome of the marathon 15-hour-long fourth round of Corps Commander-level talks between India and China
🙏The CSG comprises the Cabinet Secretary, the Secretaries of Home, External Affairs and Defence as well as representatives of the Indian Army, Indian Air Force and Indian Navy.
♦️The CSG will advise the PM on further course of action on the India-China border from Ladakh to Arunachal Pradesh
♦️This advice will come possibly after weeks of deliberations
♦️This means the Chinese will have more time to consolidate
♦️I have said this before
♦️I am saying so again
♦️There is only one way this can be resolved
♦️And THAT is by force of arms
♦️Let loose the Indian Armed Forces
♦️Let 10,000 body bags go back to Beijing
♦️We don’t have a choice
♦️Anything else is just being delusional
♦️China has never believed in and will never believe in respecting India or equality with India
♦️There is no other way!
♦️Whatever alleged de-escalation happens now between India and China it is just postponing the inevitable conflict
♦️India will have to push China out by force of arms
♦️Rest is just smoke and mirrors
♦️Depends on when the Armed Forces are ready
♦️And when OUR Govt develops an iron will
♦️The nation is ready; the Modi Govt should decide when they want to retake Aksai Chin and start the process of liberation of Tibet
♦️Now is the time when the world stands against China
♦️This opportunity may never come again