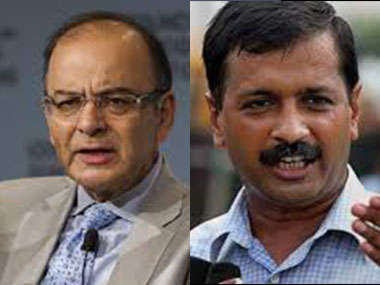 Kejriwal’s Apology To Majithia, Jaitley will Save AAP!
By RKB

For all those screaming foul at Arvind Kejriwal’s apology to Bikram Majithia and a possible apology to Arun Jaitley (if Jaitley is willing to accept it) how many defamation cases have you lot fought?
Defamation cases (especially criminal defamation cases) can bankrupt you, turn your life upside down, have you running from one Court to another in case the Hon’ble Judge decides not to grant you exemption from appearance, lay waste to every well laid plan or project if you are a Chief Minister by forcing you to run from Delhi to Guwahati just so contempt proceedings are not started against you…
So be careful before you condemn Kejriwal
Fact is Kejriwal and Aam Aadmi Party are still too small to fight off the Big Guns in battlefields prepared specially for the Biggies!
Point is what does Kejriwal do?
Fight Majithia in Punjab, Jaitley in Delhi and everyone elsewhere in law courts all over the country or work for the welfare of Dilliwalas?
Having had almost 86 Defamation Cases filed against me over the years I know what it takes to defend oneself in one Court after another;in my case the Government wasn’t involved except for a brief while when they filed three cases of sedition against me!
So it’s easy for all and sundry to scream “betrayal” from the comfort and security of their homes when Arvind Kejriwal tries to bring some rationality and focus to his AAP government in Delhi!
And it’s easy for my friend Anna Hazare to shout “betrayal” against Kejriwal. Just a case in point but when was the last time you heard of Anna Hazare leading a movement against the BJP Government? Where was dear and respected Anna Hazare Saheb when 50,000 farmers marched into Mumbai to demand their right to life and their right not to be forced to commit suicide?
Look who’s shouting “betrayal”?
Kejriwal has no choice!
AAP has to bring all these cases to an end, get on with it and get along administratively!
Or NOTHING gets done!
Come the next elections how many times will you scream “we weren’t allowed to work?”
Voters are practical!
If you (Kejriwal) are not allowed to work so we have to suffer, next time we shall vote for someone else who has no such problems!
Today Kejriwal is Kejriwal because AAP won 67 out of the 70 seats in Delhi Assembly
What will Kejriwal be when he is reduced to 7?
I am sure all those screaming “betrayal” will then join the BJP or Congress!
My advice would be “Mr Kejriwal please apologise to the bureaucrats of Delhi especially the Chief Secretary…shake hands with everyone and put them to work…you have just a year and a half left to show Dilliwalas what you CAN do”
I hope better sense prevails and Kejriwal shakes hands, kisses and makes up with the Delhi Chief Secretary too…
Kejriwal will grow in stature and so will AAP!
Say sorry Sir…and let’s get on with it and get along!
And that will be the first step towards returning to power in Delhi in 2019-20 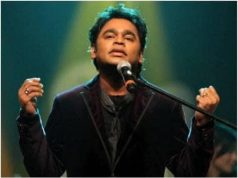 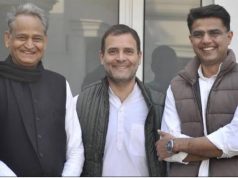 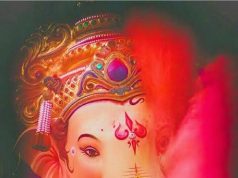 🌹”A Hindu Astrologer Gave Me My Muslim Name”: A R Rahman...

When A Muslim Couple’s Baby Boy Was Born In A Ganesh...