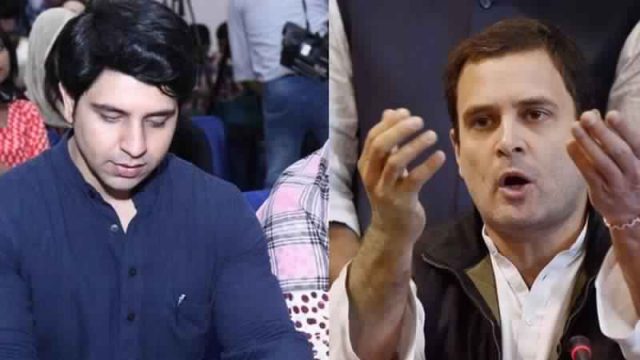 POONAWALA, OUR MAN ON THE MOON
By RKB

Incredible!
Shehzad Poonawala has beaten ISRO to its first Man-Moon Mission!
Poonawala was and remains OUR FIRST INDIAN ON THE MOON!
What else explains Poonawala’s explanation with regard to his gripe at Rahul Gandhi’s elevation to the President of the Congress Party?
Which party had he been in all this while?
The US Democratic Party or the Tory Party in Great Britain? I mean, come on!!! Even a Poonawala could not be so unaware of Congress history and culture!
Each time there has been a proper contest in an internal Congress election, the Congress Party has split!
Poonawala does not remember the split in Surat over Moderates and Extremists?
The 1923 split when Chittaranjan Das, Annie Basant and Motilal Nehru resigned to form their own Swarajya Party?
Or 1930, the expulsion of Srinivas Iyengar for demanding complete independence and not just Home Rule as demanded by Gandhi?
Or 1939, the expulsion of Netaji Subhash Chandra Bose over the formation of the CWC (agreed Netaji resigned first and was expelled later)
And then again the expulsion of Congress Socialist Party, Krishak Praja Party and the Swarajya Party by Gandhi himself?
In effect, anyone and everyone who expressed a contrarian view to the then Ruling Deity of the Congress Mahatma Gandhi
The 1969 split when Nijalingappa expelled Indira Gandhi from the Congress. Mrs Gandhi formed a new Congress and retained most Congressmen with her expelling the Gang of Five, including Morarji Desai
The 1977 split led by Y B Chavan after the debacle at the hands of the Janata Party (of course it could also be said that Indira Gandhi split the party again and formed Congress-I)
And doesn’t Poonawala remember how Sharad Pawar walked out of the party again in 1998-99 over The Italian Connection?
And the example of Sitaram Kesri, the last ELECTED PRESIDENT of the All India Congress Committee?
But Poonawala recalled NONE OF THAT for the last 15 years that he says he has served the party.
He knows nothing of the Congress’ record in ruthlessly putting down any public expression of dissent, divergence, disagreement!
So where was he all this while?
On The Moon?
Or OVER THE MOON?
However it is funny that a man who has never won an election should have been mentioned by our Prime Minister as an example of the rot in the Congress, that he should be the star of the show on TV channels whose anchors have no idea of how Congress has functioned in the last 132 years and that even if what he says now is the truth it will have no effect on either Rahul Gandhi or the Congress!
So will the Congress Party ever change!
Not as long as there is a Gandhi in the party! 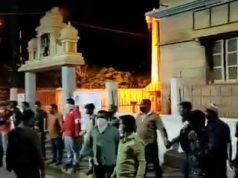 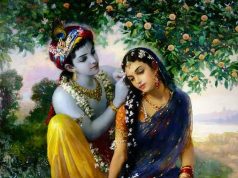 ANIL AMBANI MUST WITHDRAW FROM RAFALE FOR MODI’s SAKE By RKB & Adv PRADEEP...