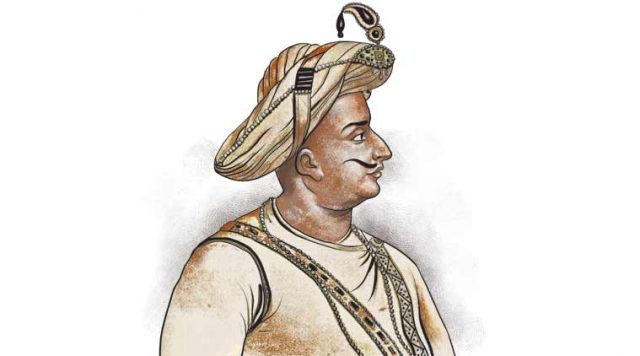 Practically everything that you have ever read about Tipu Sultan is true…
Did he destroy Hindu Temples and Christian Churches?
Yes he did
Did he gave huge donations and grants to 176 temples?
Yes he did
Did he restore the Sringeri Math after our own Marathas had looted it and destroyed the idol of Sharada?
Yes he did on the request of His Holiness the Shankaracharya of Sringeri himself!
Did he forcefully convert Hindus to Islam?
Yes he did
Did he ensure that Dusshera and Diwali were celebrated with full pomp and show in Mysore?
Yes he did
He was a man of many contradictions
And yes, he fought the British like no one else did…
So what was he villain or hero?
Like ALL OF US he was a bit of both!
Fact is we expect everyone to be unidimensional…
We don’t talk about Chandragupta throwing out and killing his own father
Ashoka killing one hundred of his own brothers
Ajatashatru killing his own father Bimbisara finger by finger, piece by piece by piece
Raja Man Singh commanding the Mughal forces against his own Rajput brothers…
Rana Pratap carrying out a campaign against rival Hindu kingdoms
The Marathas’ Reign of terror in Orissa, Bengal, Rajasthan and what is now Haryana…
Tipu Sultan, hero or villain, is OURS!
Indian!
And we should be proud of him!
As Muzaffar Assadi writes in The Hindu
“The fact is that Tipu cannot be reduced to a singular narrative or tradition of intolerance or bigotry as he represented multiple traditions. He combined tolerant inter-religious traditions, liberal and secular traditions, anti-colonialism and internationalism. He could do this as he had strong roots in Sufism, which is not explored much by historians. He belonged to the Chisti/Bande Nawaz tradition of Sufism.

“In fact, Tipu was radical in more than one sense. He was the first to ban consumption of alcohol in the entire State, not on religious grounds, but on moral and health grounds. He went to the extent of saying: “A total prohibition is very near to my heart.” He is credited with introducing missile or rocket technology in war. He was the first to introduce sericulture to the then Mysore state. He was the first to confiscate the property of upper castes, including Mutts, and distribute it among the Shudras. He is also credited with sowing the seeds of capitalist development at a time when the country was completely feudal. He thought about constructing a dam across the Cauvery in the present-day location of Krishnaraja Sagar. He completed the task of establishing a biodiversity garden named Lal Bagh.

“His tolerance is reflected in his annual grants to no less than 156 temples, which included land deeds and jewellery. His army was largely composed of Shudras. When the famed Sringeri Mutt, established by Shankaracharya, was invaded by the Maratha army, he issued a firman to provide financial assistance for reinstallation of the holy idol and restoring the tradition of worship at the Mutt. His donation to the famous Srikanteshwara temple at Nanjangud; the donation of 10,000 gold coins to complete temple work at Kanchi; settling the disputes between two sects of priests at the Melkote temple; and gifts to Lakshmikanta temple at Kalale are all well-known. Interestingly, Srirangapatna, a temple town, remained his permanent capital till the end of his rule. He was also instrumental in constructing the first-ever church in Mysuru. Incidentally, well-known historian B.A. Saletore calls him “defender of Hindu Dharma”.

Now to create communal strife over the bones of one of the greatest patriots of India based on a colonial reading of his contribution is like echoing Winston Churchill’s “half naked fakir” comment about Mahatma and taking it to be the gospel truth! 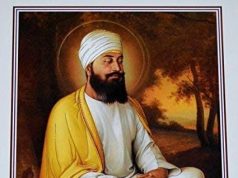